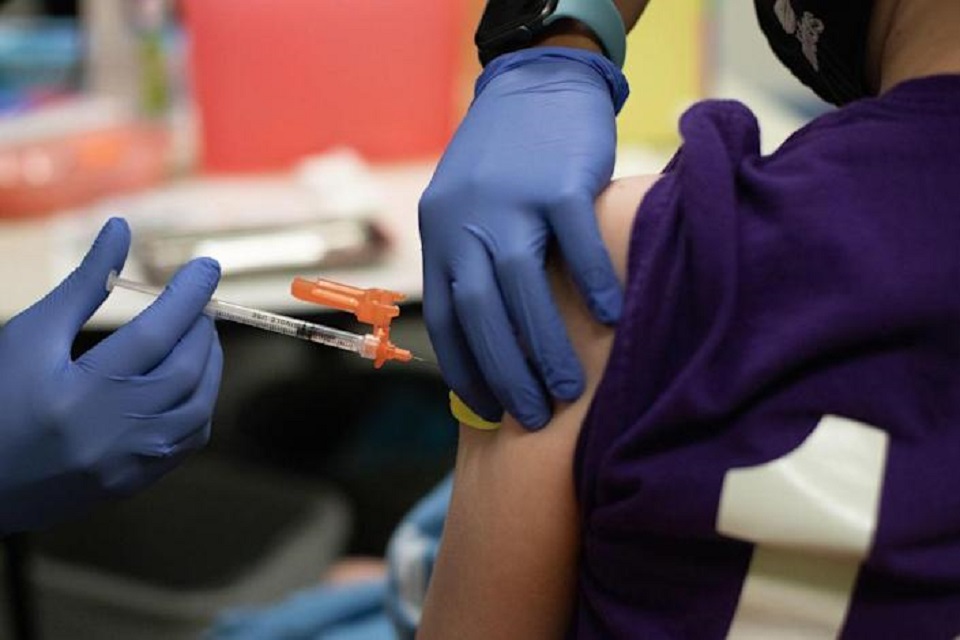 Pfizer announced on Thursday that its COVID vaccine booster shot could further protect individuals from “all currently known variants” of COVID-19 — including the highly transmittable Delta variant. The booster shot is currently undergoing trials, the company said, and has shown “encouraging clinical trial data in a small number of participants in our study.”

Pfizer said that the initial two doses that patients received have elicited “strong immune responses” against the Delta variant and that current studies are focused on whether the booster shot will increase that response even further.

Trial data has shown that when given six months after the second dose, Pfizer’s booster has a “consistent tolerability profile” and neutralizes an immune response. Pfizer and BioNTech plan to share their booster data with the Food and Drug Administration in August and file for emergency use authorization shortly thereafter, a Pfizer spokesperson said.

As we continue to be led by the science, today we are providing an update on our comprehensive #COVID19 vaccine booster strategy in light of emerging data including data relating to the #DeltaVariant. https://t.co/P0XmAGrxlt pic.twitter.com/JZ5JIIKwHC

While Pfizer believes the booster will be highly effective against COVID variants, the company said it is also developing an updated Pfizer-BioNtech COVID vaccine that will target the Delta variant specifically. mRNA for a new vaccine trial is already being manufactured, the company said, and clinical studies are expected to begin in August, pending approval.

The Centers for Disease Control and FDA, however, released a joint statement on Thursday saying those who are fully vaccinated “do not need a booster shot at this time.”

“People who are fully vaccinated are protected from severe disease and death, including from the variants currently circulating in the country such as Delta,” according to the statement. “People who are not vaccinated remain at risk. Virtually all COVID-19 hospitalizations and deaths are among those who are unvaccinated.”

The federal agencies said they are engaged in a “science-based, rigorous process” to look at “whether or when” a booster would be necessary.

“We continue to review any new data as it becomes available and will keep the public informed,” they said. “We are prepared for booster doses if and when the science demonstrates that they are needed.”

“Americans who have been fully vaccinated do not need a booster shot at this time,” say @CDCgov and @US_FDA in a joint statement. pic.twitter.com/0iHMUQRmAF

Dr. Sara Oliver of the CDC said in June that both Pfizer and Moderna have been working on boosters for their respective vaccines. Both companies, Oliver said, have planned to release their study data before the end of September.

Oliver also said that COVID vaccine boosters may only be needed for certain populations, including residents of long-term care facilities, adults 65 or older, health care workers and individuals who are immunocompromised.

In June, the FDA’s Dr. Doran Fink said that the agency will not grant emergency use authorization’s for booster shots “just because safety and immunogenicity data exist.”

“There would also need to be criteria for determining the need for a modified COVID-19 vaccine and selection of the antigens for inclusion in that vaccine. And we anticipate that this would be an international effort involving multiple public heath and regulatory authorities.”

Fink said the FDA will also be looking for an “immuno-bridging approach” to ensure vaccines have the “expected effectiveness” and to “address potential future needs.”

The FDA will not approve additional vaccines without also having additional clinical data, Fink said, as such is the case with the seasonal flu vaccine.

“We acknowledge that there is interest in eventually moving to a paradigm where no clinical data are needed to support authorization of modified vaccines,” Fink said. “We don’t think that our current understanding of COVID-19, immunology and mechanisms of protection from vaccines are quite at a point yet where we can do that.”

Alexander Tin contributed to this report.

Pediatric cases on the rise as vaccine trials for children continue. Children under the age of 12 remain unvaccinated as COVID vaccines are not yet … END_OF_DOCUMENT_TOKEN_TO_BE_REPLACED

Illinois health officials on Friday reported 11,682 new COVID-19 cases in the past week, along with 39 additional deaths and more than 154,000 new … END_OF_DOCUMENT_TOKEN_TO_BE_REPLACED

MANILA, Philippines — Philippine President Rodrigo Duterte is warning that Filipinos who refuse to get vaccinated against the coronavirus will not be … END_OF_DOCUMENT_TOKEN_TO_BE_REPLACED