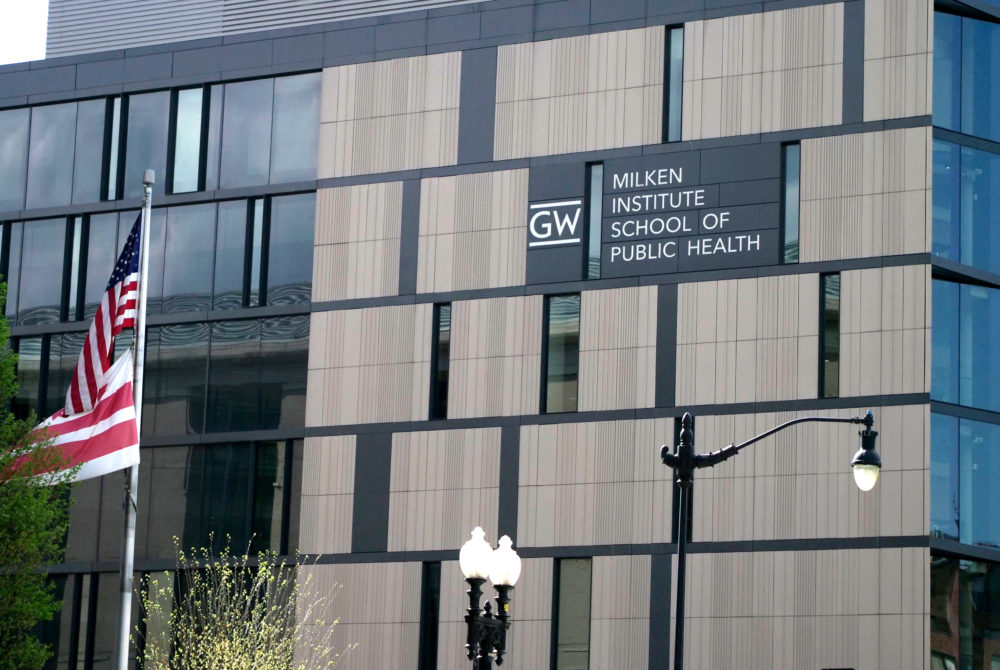 The supplement could improve gender equity issues in military women’s health and be used to expand research on the topic.

A professor from the Milken Institute School of Public Health published a compilation of research highlighting reproductive and sexual health issues for women in the military late last month.

The “Military Women’s Health” supplement is an addition to the Women’s Health Issues journal – the official journal of the Jacobs Institute of Women’s Health based in Milken – which advocates for policies affecting women’s health. Amita Vyas, the editor-in-chief of the journal and an associate professor of prevention and community health, said the supplement creates a separate space to discuss military women’s health issues, like the lack of access to contraception and lactation consultants for breastfeeding in military bases abroad.

“We knew as a journal that this is an important population to focus on and one that we want to put out sort of the best research that we have to date,” Vyas said. “But also part of what we do as a journal is setting an agenda in many ways and putting out there to the world that we know that this is something that’s really important.”

Vyas added that the military should provide these services during times of deployment, not just at military bases in the United States.

She said the articles feature experts in military women’s health who help “broadly” share issues with researchers in the field so policymakers can implement programs and policies that better women’s health in the military.

“By putting out there the latest research around military women’s health, we’re really helping people in the field guide their decision-making when it comes to policies, to interventions and programs and understanding the breadth of what women in the military are facing,” Vyas said.

Lori Trego, an associate professor at the University of Colorado College of Nursing and one of the supplement’s authors, said including the supplement with the journal helps advocate for health policy changes. She said researchers like her in the military women’s health field who have scientific evidence on issues, like the impacts of insufficient maternal care and sleep, can elicit policy changes if they forward their articles to the “right” people within the policymaking process.

“The supplement in this journal is important to get out to not only the lawmakers and the policymakers, but to the scientists themselves so they can hear and see how they need to move their work forward into the policy realm,” she said.

Trego said the supplement also discusses issues that researchers haven’t discussed before like reproductive health and maternity care in the military, which will encourage other scientists in the women’s health field to contribute to the base of scientific evidence for military women.

“I do believe that it’s important to note that this is a special population, and if we can preserve the health of this population, it actually has many tentacles that reach out in terms of our nation’s security and well being,” she said.

Experts in military women’s health said the supplement addresses the problem with equitable treatment of men’s and women’s health issues, and it can be shared with other experts in women’s health to expand research in public health schools.

Laura McCloskey, a professor of public health at Indiana University Bloomington, said women in the military often see their health issues neglected, making them a unique population group to study. She said it’s critical to address women’s health issues in the same ways that the military addresses issues facing men.

“It’s really important in a way for the credibility of the military that they look at women as a unique class and deserving of attention and exposure in terms of health conditions and health needs,” she said.

“The most important thing that we need to recalibrate our health care around is treating people, including active duty military women, as holistic human beings,” she said. “What happens in mental health is going to affect their physical health.”

This article appeared in the September 9, 2021 issue of the Hatchet.

If you're shopping domestically as opposed to on the internet, you possibly can test the emblem on Coach shoes or handbags in a granted retailer or … END_OF_DOCUMENT_TOKEN_TO_BE_REPLACED

The distinctive design of the shoe as an entire is one thing that not many runners get to expertise and thus should take pleasure in. A trendy … END_OF_DOCUMENT_TOKEN_TO_BE_REPLACED