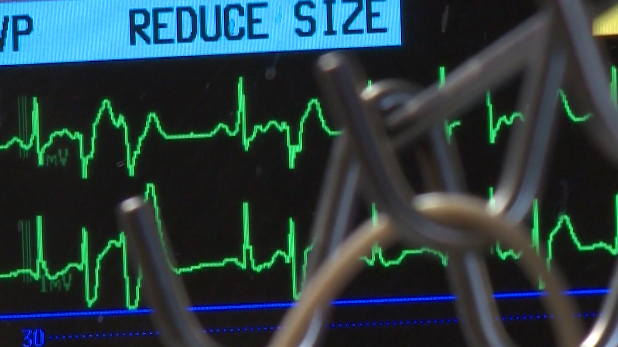 Improper diet and family history can lead to heart problems in boys as young as 15.

With heart disease remaining the No. 1 killer in the country, Dr. Eric Thompson from Sanford Health wanted to raise awareness as we wrap up Men’s Health Month.

He said testosterone increases a man’s risk for developing heart problems, and that testosterone supplements can be problematic.

“Poor diet, poor lifestyle, alcohol, tobacco choices, many of the things that we have come to see as part of aging are actually part of choices you make as a young person,” said Dr. Thompson.

Experts recommend physicals every three to five years for men under 50, and yearly physicals for older men.

Dr. Thompson said those that are overweight are more likely to develop problems.

He also recommends men over 65 that have smoked more than 100 cigarettes in their lifetime to get a yearly ultrasound.

“People don’t care if they die tomorrow, but if they don’t die, they just whittle away their health, so it’s less of a quality of life than they could’ve had with better choices,” said Thompson.

He said going to restaurants, where foods tend to be higher in fat, should be a treat and not a part of your daily diet.

MARQUETTE — There’s never a bad time to think about your mental health: Where it stands, how you can improve it, and where to go for help if you need … END_OF_DOCUMENT_TOKEN_TO_BE_REPLACED