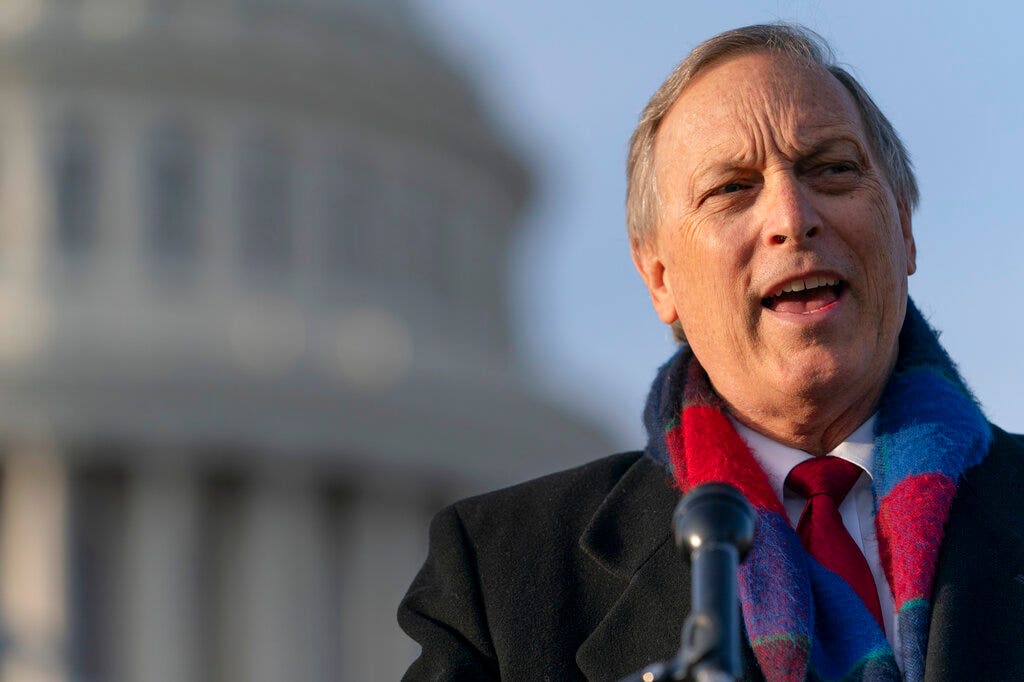 Rep. Andy Biggs, R-Ariz., announced Friday that he intends to file articles of impeachment against Homeland Security Secretary  Alejandro Mayorkas, citing the administration’s handling of the crisis at the southern border.

“Secretary Mayorkas is a threat to the sovereignty and security of our nation,” Biggs said in a statement. “As a result of his actions and policies, America is more in danger today than when he began serving as Secretary.”

Biggs is not the first Republican to criticize the administration, and Mayorkas specifically, for the crisis at the southern border — which has seen a dramatic surge in migrant encounters that has shown little sign of slowing down. However, introducing articles of impeachment would be an escalation of that criticism.

Republican critics of the administration’s policies have blamed the rollback of Trump-era policies like the Migrant Protection Protocols (MPP), the ending of border wall construction, limited application of Title 42 public health protections and the narrowing of Immigration and Customs Enforcement (ICE) priorities for fueling the surge.

The Biden administration, meanwhile, has blamed “root causes” like poverty, violence and climate change in Central America and has unveiled strategies to tackle those root causes. It has also focused on processing migrants into the U.S., although in the last week it has started flying out expelled migrants to Mexico and Central America.

So far the indicators suggest that numbers at the border are increasing and not slowing down. On Thursday, Health and Human Services (HHS) announced that 834 unaccompanied children had reached the border in a single day, while the border city of McAllen, Texas, has set up and expanded shelters to handle COVID-positive migrants released by Customs and Border Protection (CBP).

Meanwhile, The Associated Press has reported that more than 210,000 migrants have been apprehended in July, according to preliminary CBP data. However, many of those are being removed under Title 42 public health protections that allow for the rapid expulsion of migrants, that the Biden administration extended earlier this month.

In his statement, Biggs accused of “willfully refusing to maintain operational control of the border” and of encouraging migrants to enter the country illegally.

“Under his direction, DHS is systematically releasing COVID-19 positive aliens into our communities, subjecting the American people to unnecessary and avoidable risks,” Biggs said.

“Secretary Mayorkas is failing to faithfully uphold his oath of office and is presiding over a reckless abandonment of border security and immigration enforcement, at the expense of the U.S. Constitution and the security of the United States.”

Rep. Chip Roy, R-Texas, has also called for the impeachment of both Mayorkas and Biden over the administration’s handling of the border surge.

“Over the past several months, President Biden and Secretary Mayorkas have blatantly and consistently refused to do their constitutional duty to take care that the immigration laws be faithfully executed, as required by Article II, endangering countless American and foreign lives in the process,” Roy told Fox News Tuesday.

MARQUETTE — There’s never a bad time to think about your mental health: Where it stands, how you can improve it, and where to go for help if you need … END_OF_DOCUMENT_TOKEN_TO_BE_REPLACED