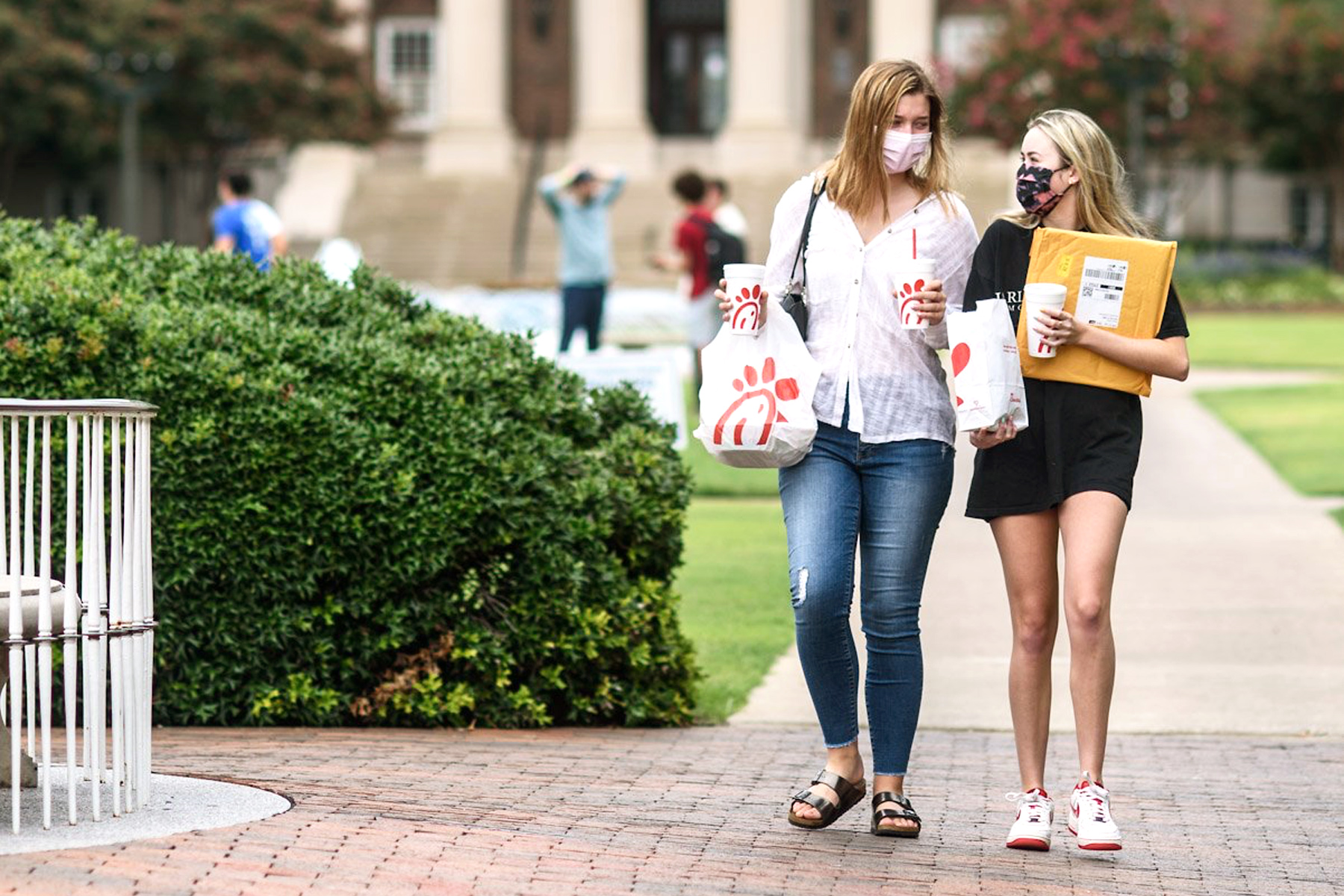 If you could keep dozens of children from being hospitalized daily during flu season by masking and social distancing, would you? Local and national data are making a case for increased protections against respiratory viruses during flu season.

Each year during flu season, Children’s Medical Center Dallas is inundated with children who come down with cases of Respiratory Syncytial Virus (RSV): RSV is the single most common cause for hospitalization for infants. The virus is most common around November 1. The hospital sees an uptick, with cases peaking in December and January, as the cold temperatures force people inside, where the virus is more likely to spread.

“As we moved through the winter, we just didn’t see any RSV,” Kahn says. “It was striking.”

Typically, cases of RSV far exceed any other illness for children in the hospital. In the developing world, the disease is rarely fatal, but there aren’t any medications to help reduce symptoms. Children hospitalized with RSV may need IV fluids or increased oxygen and may need to be put on a breathing machine. But between June of 2020 and March 6 2021, there were only four confirmed positive tests for RSV at Children’s Medical Center. “That’s extraordinary,” Kahn says. “We’ve never seen anything like this.”

And it wasn’t just the children. At Parkland Hospital, flu hospitalizations took a nosedive during the past year as well. During the 2019–2020 flu season, Parkland Hospital saw 3,700 positive flu tests and admitted 480 people to the hospital with the flu. As of March 2021, the hospital only saw 69 positive flu tests and just 16 hospital admissions due to the flu. That’s a 3,000 percent reduction in flu hospitalizations compared to last year.

“It appears that our public health interventions like hand hygiene, masking, distancing, people staying home for work, and limiting their interactions out in public helped mitigate the spread not only of COVID but of flu,” says Dr. Carolee D. Estelle, Interim Chief of Infection Prevention, Parkland Health & Hospital System and Assistant Professor of Internal Medicine, Division of Infectious Diseases at UT Southwestern Medical Center. National data puts the mortality rate for hospitalized adults with the flu (which often turns into pneumonia) at around 11 percent, Estee says.

The trend of drastically reduced flu cases and hospitalizations existed nationwide as well. Last year’s flu season, between September 20 and December 28, the CDC reported more than 65,000 cases across the country. This year, the CDC reported just 1,016 cases for the same period.

“There’s no question that the changes in behavior have led to this dramatic shift in the landscape of respiratory viruses. There’s no question at all now,” Kahn says. “How much of that is attributed to wearing masks versus social distancing versus handwashing? We’re going to figure that out. But we can’t forget the lessons that we’ve learned here.”

While masking and socially distancing are still being observed by many restaurants, retail shops, and events, the number of COVID-19 cases and herd immunity will most likely determine when masking ends in public places. The hospital data provide a strong argument for continuing specific measures such masking every year, especially considering many feel masking is a small inconvenience given its possible impact.

In 2020, wearing a mask to protect yourself and others became normalized. According to projections from UTSW, which were startlingly accurate throughout the pandemic, the measures taken made a massive impact on the spread of COVID-19. There isn’t data to compare what COVID-19 would have done to the population if life would have continued without masking and social distancing. But there is now data demonstrating the impact of this year’s measures (masking, social distancing, hand-washing, avoiding crowds, etc) on influenza. Locally, restaurants were allowed to open, the Cowboys were hosting football games with thousands of fans, and schools and daycares were open during this year’s flu season, and the lack of cases remained intact. No one is advocating that we close down schools and large public events every winter, but given the very low cost of masking, it might be worth taking the precaution.

In many East Asian countries, masking has long been normalized during cold and flu season, and masks were quickly adopted during the COVID-19 pandemic. Though lower rates of obesity and immunity from coronavirus were also factors, health experts agree that these countries where masking was common before COVID-19 experienced lower death rates that the United States.

Masking has become a political issue in the United States in a way that hasn’t existed elsewhere, and should there be a push from the government of health leaders to wear a mask during this year’s flu season, there will likely be push back, as there has been during the past 18 months. This isn’t a new phenomenon, as there was resistance during mask mandates in 1918 as well. While there may not be a 3,000 percent reduction in hospitalizations with future masking, health officials agree that this behavior has made an impact.

“A lot of individual people are going to make a personal choice to wear masks in public or certain public settings during flu season,” Estelle says. “I think that’s going to become a much more common thing to see in subsequent flu seasons, and I think it’ll be helpful.”

MARQUETTE — There’s never a bad time to think about your mental health: Where it stands, how you can improve it, and where to go for help if you need … END_OF_DOCUMENT_TOKEN_TO_BE_REPLACED