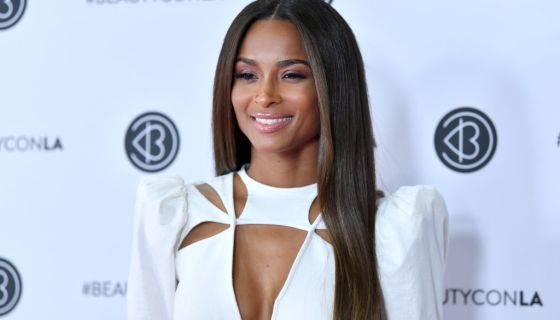 Songstress Ciara is on a mission to empower Black women to take charge of their health. The Grammy award-winning star is leading a campaign that was launched to spread awareness about cervical cancer and its disproportionate impact on African American women.

The campaign—dubbed “Cerving Confidence”—is a collaborative effort being led by Ciara, the Black Women’s Health Imperative and Project Health Equality. Research revealed Black women within the United States are twice as likely to die from cervical cancer than white women. They are also more likely to develop advanced cervical cancer at a higher rate than other racial groups. The socioeconomic barriers surrounding access to care have been exacerbated by the pandemic.

Cognizant of the disparities, the Texas native wanted to use her platform to amplify the importance of annual OB/GYN appointments and prioritizing self-care. Through the campaign, the singer and the organizations will provide resources and access to screenings. They will also host a virtual summit centered on Black women’s health. “As Black women, we need to commit to total self-care, and one of the ways we can do that is by taking care of our health inside and out,” Ciara said in a statement. “Through the Cerving Confidence initiative I want to level up conversations about health and address disparities by giving Black women the inspiration and information they need to get a Pap test to screen for cervical cancer.” Linda Goler Blount, who serves as CEO of the Black Women’s Health Imperative, added the campaign “will help address health disparities for Black women by raising awareness of the importance of preventing cervical cancer and offering access to screenings that can make a difference in protecting them against unnecessary disease.”

Several people are stepping up to change the narrative surrounding Black women’s health. Akron entrepreneur Lavar Jacobs recently opened a breast cancer center to pay homage to his mom who succumbed to the disease 12 years ago.

MARQUETTE — There’s never a bad time to think about your mental health: Where it stands, how you can improve it, and where to go for help if you need … END_OF_DOCUMENT_TOKEN_TO_BE_REPLACED