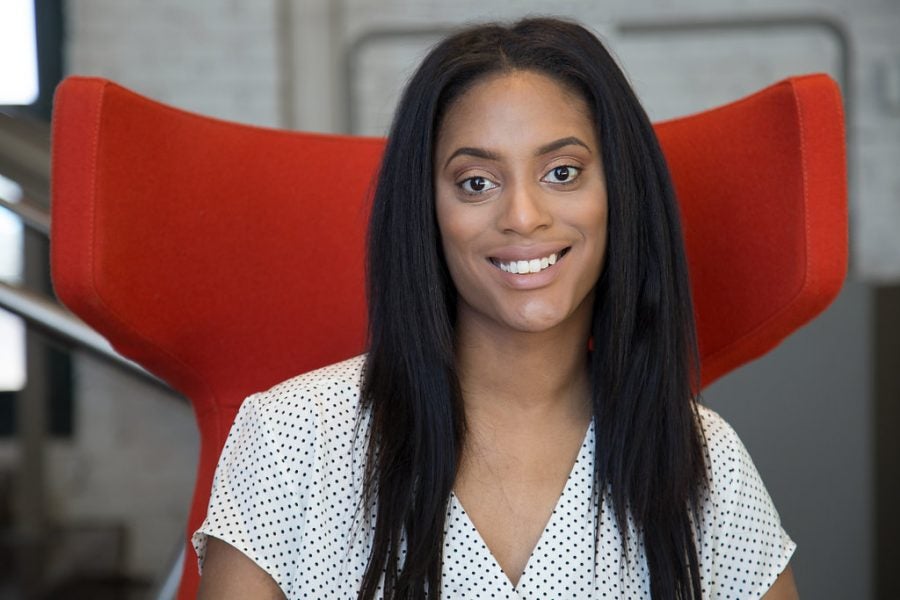 As the founder of an award-winning communications agency Walker + Associates Media Group, an elite public relations firm for tastemakers in beauty, lifestyle, and entertainment, she was working with brands like 135th Street Agency, BET, Interscope Records, and FX Networks, to name a few. She regularly secured press in top-tier publications and achieved career highs in just a few years that some veteran publicists are still aiming toward. Walker’s campaigns had garnered more than 2.6 million media impressions globally, and have been seen in The New York Times, Forbes, and InStyle Magazine, among others. It was no easy feat, but her passion drove her to quick success.

Even as an undergraduate student at Jackson State University, she often thought critically about how companies could improve their branding and communications strategies.

“I’d see certain big campaigns and would quickly recognize their missteps,” Walker shared. “I knew back then I could make a career out of that and achieve success.”

The driven entrepreneur loved her career and had a clear vision of where she wanted her life to go. With a superpower of driving visibility and cultural clout through digital media, she and her top-tier team delivered results for clients worldwide, from Atlanta to the United Kingdom.

But after a visit to her doctor nearly four years ago to treat some flu-like symptoms, her world was turned upside-down.

“When my doctor said I had Lymphoma, I couldn’t believe this was my life,” she said.

“You’re not ever fully prepared for what chemo does to you mentally and physically,” she said. “I was forced to finally listen to my body after ignoring it for so many years.”

This revelation resonates with young Black women all over despite seemingly having youth on their side.

Experts have called Millennials the so-called ‘Burnout Generation.’ Job-obsessed, young professionals born between 1981 and 1996 have been found to work more hours for less pay than previous generations, and exhibit more work stress than any other group of Americans according to Buzzfeed’s landmark essay on the topic. This bodes even worse for Black women, who were found to be paid 61 cents for every dollar white, male counterparts make. The situation is so dire that it not only affects Black women financially, it’s aging us faster. Black women’s telomeres (the ends of our chromosomes, which control aging and other key biological functions) are shrinking due to excessive oxidative stress factors caused by work stress and racism, Tiana Clark pointed out in her piece about the loss of the Black American dream. According to the Study of Women’s Health Across the Nation, “Black women are 7.5 years biologically ‘older’ than white women.”

That’s why, unfortunately, Walker’s superwoman story of relentless workaholism is all too common among Black women.

Despite her body failing her, she recalls continuing to push herself because felt like she didn’t have a choice.

“I used every bit of my energy and continued to work through chemo until I literally couldn’t walk on my own anymore,” she shared. “After not being able to take my own steps unassisted, the fact that I can now exercise is remarkable,” she said.

She says that although she is now in remission, she is still very careful about how she treats her body. After six months of chemo, she decided to undergo a spiritual form of healing through writing.

“While tending to my body, I was forced to look after myself holistically by journaling about my experience,” she said. “I’m so grateful because as a career-oriented woman, we’re often taught to neglect ourselves and look out for everyone else.”

She documents the experience in her memoir Thriving Through The Storm released in 2020, which chronicles the challenging lessons she learned and empowers women to take charge of their health. By overworking and ignoring the signs, she details how she managed to put her health on the back burner and almost lost her life as a result. She says the book is a personal yet practical how-to that delivers the remedy for surviving life’s lowest moments.

“This book was a gift for me,” she said, calling the writing process cathartic therapy. “The friends and family that took care of me all watched my journey and said I needed to document it, but I didn’t think it was worth talking about and that writing it would be too difficult.”

It only took her 21 days to pen the book.

Walker says another pivotal aspect of her self-care journey has also been learning to set and enforce boundaries, which she believes more professional Black women should explore.

“I must have time for myself throughout the day,” Walker shared. “My clients know they cannot schedule appointments with me after 5 p.m. unless we are on deadline for a project or campaign.”

She also said prioritizing spiritual maintenance has been a game-changer as well.

“I’ve made it my mission to carve out time in my schedule for prayer during the morning before I begin my workday,” she said. “I now end my workday at around 3 or 4 p.m., rest, then wake up and have another quick conversation with God before working on only pressing assignments when needed until about 5 or 6 p.m.”

She also advises women entrepreneurs to be gently realistic with themselves while planning their schedules because sometimes, we can set ourselves up for failure if downtime isn’t built-in during the workweek.

“As Black women, society teaches us to outwork and overextend ourselves just to break even on opportunities,” she said. “I’m not subscribing to that belief system anymore because it no longer serves me. I try not to schedule back-to-back meetings so that I have space to breathe and center myself as I am working. Particularly during the pandemic and even now that we’re re-opening, it’s easy to feel overwhelmed.

She also says that once we show grace to ourselves, it’s easier to extend it to others.

“We must show grace to one another because everyone is going through something,” Walker said.  “I want  Black women to consider my story a reminder to make themselves, and peace their top priorities no matter what.”

MARQUETTE — There’s never a bad time to think about your mental health: Where it stands, how you can improve it, and where to go for help if you need … END_OF_DOCUMENT_TOKEN_TO_BE_REPLACED