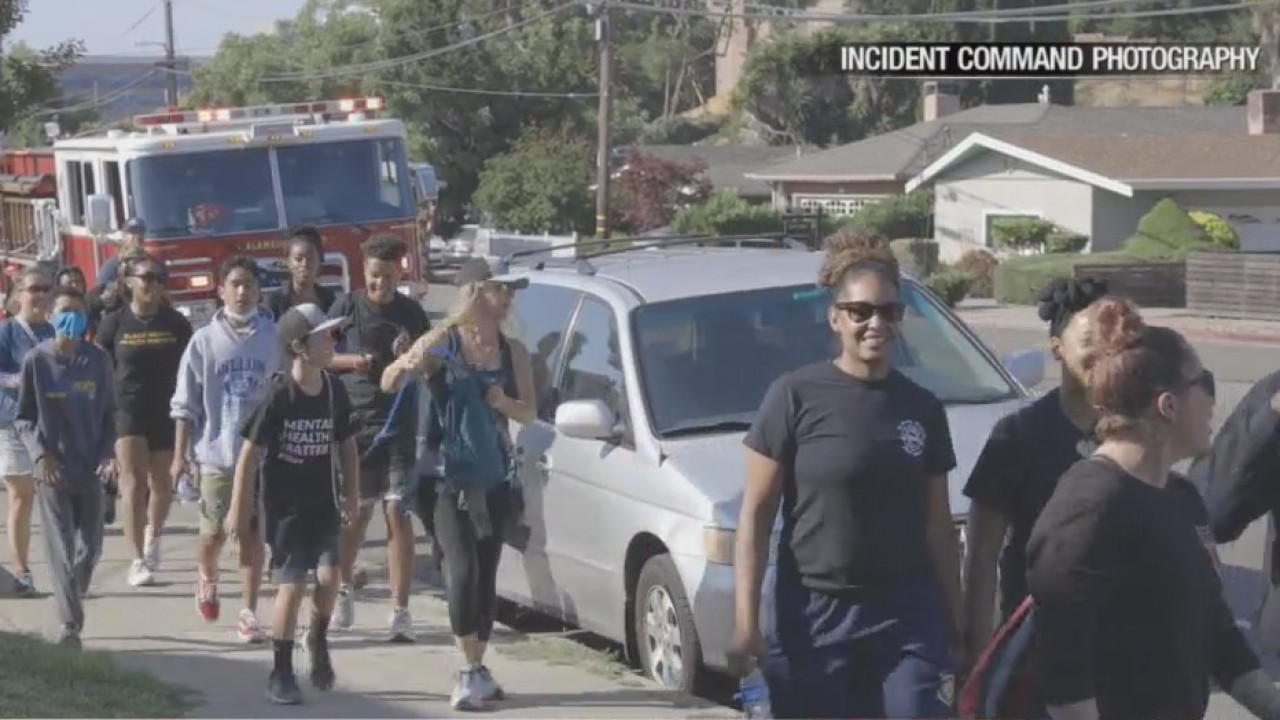 ALAMEDA COUNTY, Calif. (KRON) – Some East Bay firefighters took to the streets on Sunday to bring awareness to mental health.

They weren’t alone — Members of the community joined them for an 18-mile walk from Alameda County Station 25 in Castro Valley to Fire Station 34 in Emeryville.

It was the first annual “Strike the Stigma” hike for firefighter’s mental health wellness, which was held in honor of fallen firefighter Eric Mikel.

The group started at 8:30 in the morning in Castro Valley, walked through San Leandro to Oakland, and reached Emeryville at around 5:30 in the evening.

The organization Red Help put on the event and organizers say their goal is to change the culture and take actions to reduce the number of firefighter suicide.

The program director of Red Help and Palo Alto firefighter John Preston said the work firefighters put in to serve the community should be reflected with self-care.

“We train and we train on our physical bodies, we train so that we pull the hose right, we train so that we can do all of these things that make us the most extraordinary firefighters in the world, right? We take classes all year, very rarely do we sit down and think, what am I doing to my brain during all of this,” John Preston said.

“We’re here to honor Eric, his beautiful face right there, that smile, but I feel like the best thing I can say is the best way to honor Eric is to just make sure that the decision that he made never has to be made again in the fire service. It’s just, it’s not the right decision, there’s all of you, everyone acknowledges that there’s issues, all of you would’ve been here to help him had you known but the only way to know is to speak up and there’s nothing wrong with speaking up,” Robyn Mikel, the widow of Eric Mikel, said.

Eric was a 14-year veteran with the Alameda County Fire Department who took his life on June 24th, 2019.

Robyn now gives back to the firefighter community as a volunteer with Red Help.

MARQUETTE — There’s never a bad time to think about your mental health: Where it stands, how you can improve it, and where to go for help if you need … END_OF_DOCUMENT_TOKEN_TO_BE_REPLACED