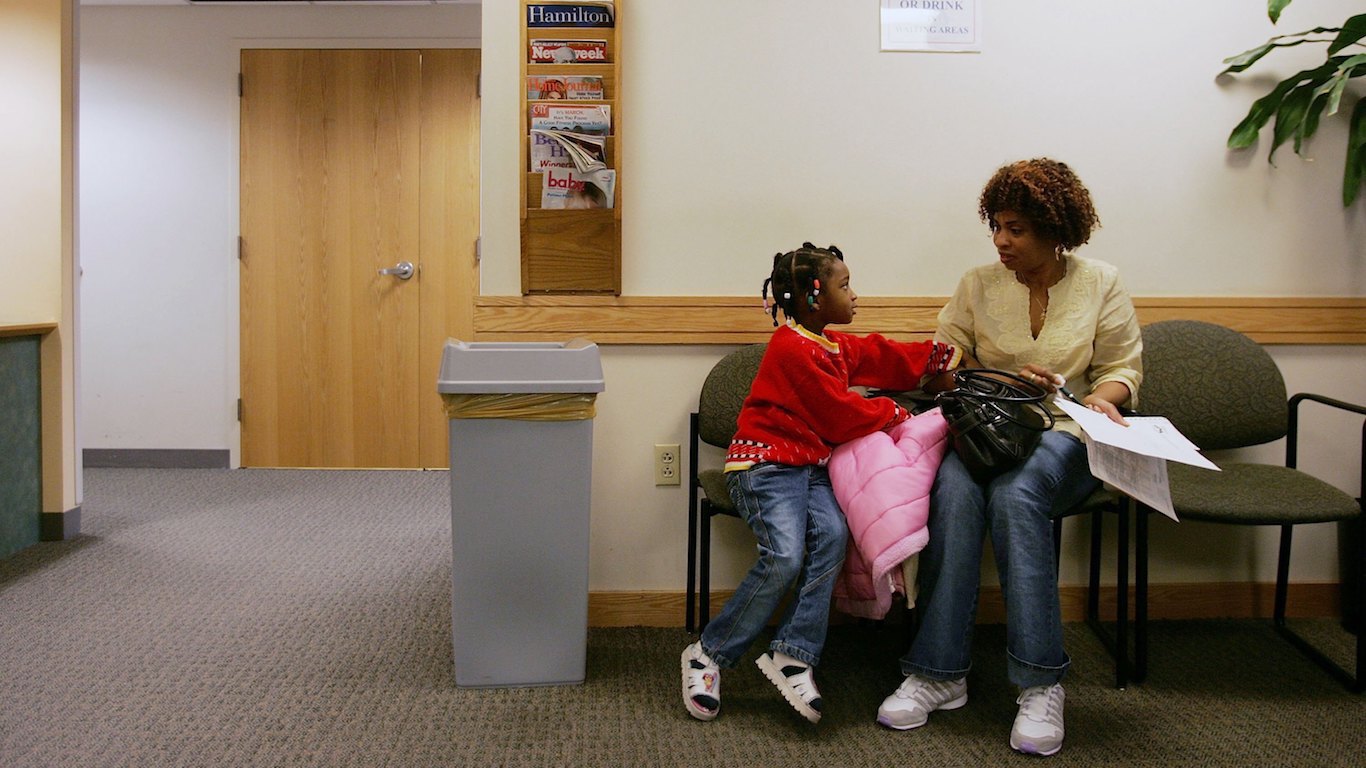 It remains to be seen how much of an impact the pandemic has truly had on health coverage in the United States, but there are a number of American cities where even a substantial loss of insurance coverage would not have driven coverage levels below the national figure.

According to the five-year average through 2019, the most recent year for which data is available through the U.S. Census, as many as 10.3% of Americans did not have health insurance coverage. In a number of American cities, the uninsured rate was far below this, in many cases less than 5%.

To determine the cities with the best health insurance coverage in every state, 24/7 Wall St. reviewed five-year estimates of the percentage of the noninstitutionalized civilian population under 65 without health insurance from the U.S. Census Bureau’s 2019 American Community Survey. We looked at the population under 65 because Americans 65 and older are automatically entitled to Medicare benefits.

The city with the highest health insurance coverage rate in the state has a lower share of uninsured residents than the national 10.3% share in all cases but one. Fairbanks, Alaska, has the lowest uninsured rate among the state’s three qualifying cities, at 10.8%.

Among the other cities to make this list, generally it is the case that in states with higher insurance coverage of the under 65 population, there is at least one city where less than 5% of the under 65 population lacks health insurance. Massachusetts has the lowest uninsured rate in the country, at just 3.2% of the population under 65. The Wellesley, Massachusetts, census designated place has the lowest uninsured rate of any place to qualify for this ranking, at 1.2%.

MARQUETTE — There’s never a bad time to think about your mental health: Where it stands, how you can improve it, and where to go for help if you need … END_OF_DOCUMENT_TOKEN_TO_BE_REPLACED