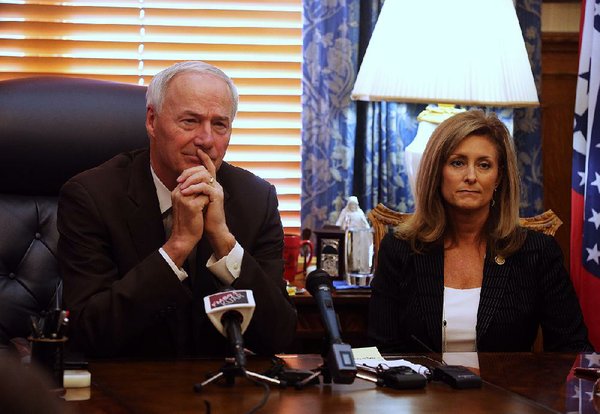 The state Board of Finance needs to decide this month on next year’s rates and other changes for more than 100,000 people covered by health insurance plans for public school and state employees, the secretary of the Department of Transformation and Shared Services told the board on Friday.

That would allow the Legislative Council during its meeting in June to consider the Finance Board’s recommendations for changes to the two health insurance plans, as specified under Act 1004 of 2021, said transformation department Secretary Amy Fecher.

Act 1004 dissolved the State and Public School Life and Health Insurance Board and temporarily transferred its duties to the Finance Board. That board will make decisions and policy determinations formerly decided by the health insurance board, until the General Assembly adopts a permanent governance system to ensure solvency of the two health insurance plans.

Fecher said the State and Public School Life and Health Insurance Board usually made its decisions on changes in the health insurance plans in June for the next year. But the insurance board made decisions in August for the plans in 2021 because of the coronavirus pandemic and was roundly criticized for not deciding the changes earlier to provide information to employees, she said.

In late September, the board reversed its August decision to discontinue pharmacy benefit coverage for about 13,800 Medicare-member retirees in the state employees health insurance plan and force them to go through Medicare Part D for the coverage. The board’s reversal occurred after some lawmakers and some retirees sharply criticized the board’s initial decision during the pandemic.

Larry Walther, chairman of the Finance Board, said Friday that the board needs to make sound financial recommendations for the two plans, but also provide timely information to the insured to allow them to review their options and make their decisions for the 2022 plan year in October.

“We don’t have a lot of time because it is important to get it to them as quickly as we can and historically speaking, they have been getting that information in June and then making the decision in October,” said Walther, who also is secretary of the Department of Finance and Administration.

But state Auditor Andrea Lea, who is on the Finance Board, said, “You just don’t hand something like this to a board and say you got four weeks to get on with it.”

The board has a lot of information to review and ask about before deciding on changes to the plans for the 2022 coverage year, said Lea.

Fecher said the Legislative Council plans to meet June 18 and has no meeting scheduled in July.

Lea, who is a former state representative, said the Legislative Council could meet in July.

“I am not worried about that,” she said.

On April 20, the State and Public School Life and Health Insurance Board voted to boost premiums for members of both plans in 2022.

State officials now refer to those decisions as recommendations to the Board of Finance.

Active state employees would see their premiums increase 5%, while retirees, regardless of age, would have a 10% increase in their premiums. The state also would increase its monthly funding per employee by $50 a month under this plan.

These proposals are projected to reduce the public school employees plan’s forecast deficit from $70 million to $29.7 million for 2022 and turn the state employees plan’s projected deficit of $33.3 million into a surplus of $6.2 million, according to state officials. Both plans have reserve funds.

In response to a question from Lea, Walther said, “We have the ability to make recommendations with regard to benefits, if that’s what this board determines.

“It just seems like because of the time we have in front of us and the work that has been done by [the dissolved board] and they are [proposing] some benefit changes technically, then we would want to start with those,” he said.

“If we see something that needs to be changed, I guess we could, but only time will tell whether that occurs. It is not out of the realm of possibility,” Walther said.

After making recommendations for the health insurance plans for 2022, the Finance Board needs to begin reviewing its options for changes to the plans in 2023, he said.

“It will be very important because until we turn the curve and get a source of revenue that is dependable and maintain reserves that are adequate, I think we’ll always be fighting this,” Walther said.

“What I think we want to do is try to establish a framework, so that [this] doesn’t have to happen every year or every three years,” he said.

“I am on the board expecting to make rather large decisions for a lot of people of this state and I want to know the expectation,” Lea said.

The Finance Board is to meet again Tuesday.

Lea asked whether the board is expected to vote on changes at its meeting Tuesday.

“These are very serious decisions and I just keep hearing a compressed timeline without the amount of information I need to make this level of a decision,” Lea said.

Fecher said the State and Public School Life and Health Insurance Board met weekly for two months to decide on changes to the plans for 2022 that the Finance Board will now review.

She said she doesn’t believe the Finance Board will be ready to make decisions Tuesday, but the board should consider meeting regularly.

Walther said the board wasn’t ready to decide anything on the plans for 2022.

MARQUETTE — There’s never a bad time to think about your mental health: Where it stands, how you can improve it, and where to go for help if you need … END_OF_DOCUMENT_TOKEN_TO_BE_REPLACED