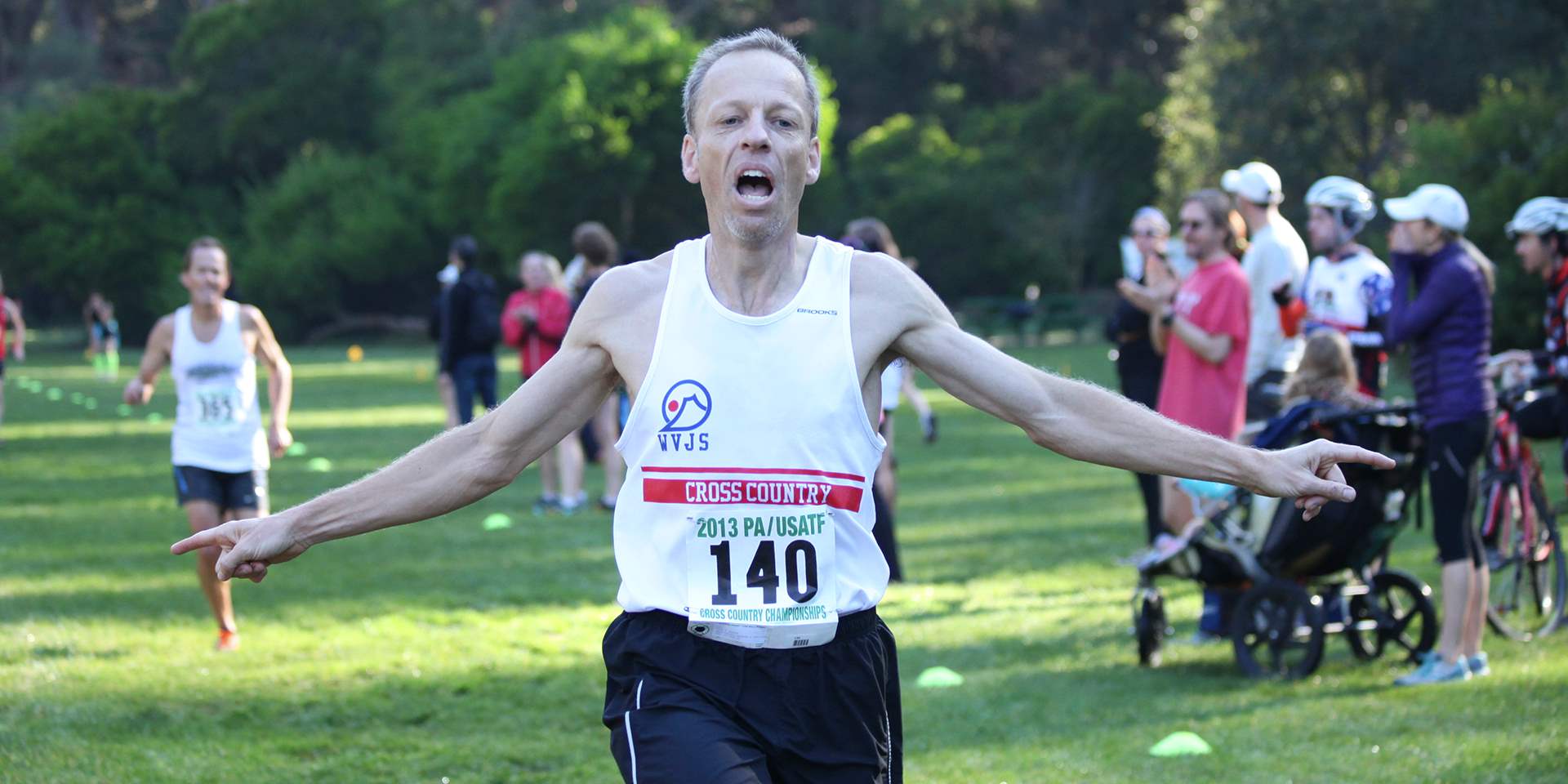 For Tuesdays with Toyota, we are spotlighting some of USATF’s most dedicated members with a short feature on USATF.org and our social media channels.

Here is our sixth feature of the year with 51-year-old masters athlete, Jorn Jensen, a member of the USATF Pacific Association’s West Valley Joggers & Striders from Morgan Hill, California.

“My weekend running buddy and I joined a local running club, West Valley Joggers & Striders, in 2002. They were fun, fast and social but we didn’t know they were competitive as a USATF club. Seven years later, in 2009, I turned 40 and became a USATF member. I had to try what teammates had told stories about for years: Pacific Association Cross Country Grand Prix. I have been a member since and have motivated several friends to join the club and the Association activities.

With WVJS, I compete both as an individual and a team member. I am the appointed Captain for Road and Cross Country Grand Prix races and served as a Race Committee member for the Grand Prix race ONE MILE BANG in Los Gatos, CA.

I am thankful for the high level of organization and participation in the USATF Pacific Association. The annual road and cross country schedules are perfectly designed to motivate and challenge the all-round runner. The members get to visit great running areas and face fine competition with male and female role models in all age groups, through 80+.

I have never received any formal coaching. Since 6th grade, running has been fun and enjoyable for me with recreational competition in the beginning. Growing up in Denmark, I was not exposed to the American tradition of high school and collegiate running. However, USATF has room and appeal for any runner, any athlete.

In regard to the worldwide challenges of the pandemic I am thankful for the general health my family and I enjoy, my ability to maintain that health through running and my ability to continue to work as an essential worker. The phrase I live by and started California practice under in 2001 is: Your Health is Your Future.

My favorite USATF memories include my participation in the National Cross Country Team Championships on home soil in Golden Gate Park in December 2015. The privilege to serve as a volunteer for Team USATF during the World Cross Country Championships in my home country, Denmark. That was in Aarhus, March 2019. I turned 50 while there and raced on to become the 2019 Association Champion, M50-59 age division, for the Long Course Road Grand Prix, the Cross Country Grand Prix, the Team Road Grand Prix and the Team Cross Country Grand Prix. During a wonderful banquet on Feb. 1st, 2020, I was named the USATF Pacific Association Northern Chapter’s Male Road Runner of the Year. I may not be the only one to regard 2019 as a memorable USATF year.

I am a Doctor of Chiropractic in Los Gatos, CA. From personal and professional experience, I recognize how much athletes compliment their general health with their daily routines. I work to keep patients active and keep runners running. My involvement with USATF has me motivated to participate in the Masters Outdoor Track and Field Championships in Ames, Iowa in July 2021 and the World Masters Track and Field Championships in Gothenburg, Sweden in 2024. I got a late start in life with USATF but for me it’s a lifelong engagement.”

Hospitalizations to treat pediatric gun injuries are expensive, and U.S. taxpayers and the poor are bearing the price, according to a new study from … END_OF_DOCUMENT_TOKEN_TO_BE_REPLACED

To the Editor: Vaccination against severe acute respiratory syndrome coronavirus 2 (SARS-CoV-2) prevents infection and reduces the severity of … END_OF_DOCUMENT_TOKEN_TO_BE_REPLACED

BLOOMINGTON – Patches, gum, hypnosis, and sheer willpower are just some of the ways people try to quit tobacco. In honor of Men’s Health Month, help … END_OF_DOCUMENT_TOKEN_TO_BE_REPLACED