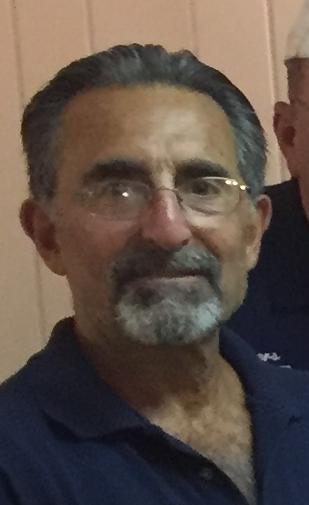 As chaos unfolds in Afghanistan, American veterans are struggling with renewed post-traumatic stress.

Thomas Saadi, commissioner of the Connecticut Department of Veterans Affairs, said the deaths of service members have heavily impacted the entire military community, and even opened some wounds for veterans.

“This is a serious concern,” said Saadi, a Danbury city councilman who is a lieutenant colonel in the U.S. Army Reserve.

The loss has “really hit home” for the veteran community. “It is emotional to think about,” he added.

“It’s our politicians that bring us to war, our soldiers do their job,” he added.

Mordente served in the U.S. Army from 1970-74 in the Vietnam War. He doesn’t want to see what happened to his generation happen to veterans who served in Afghanistan.

“Our veterans were blamed and were the scapegoats for that war,” Mordente said.

While being a veterans coordinator at the university, Mordente has known two U.S. Marine Corps veterans who have died by suicide in recent years.

In 2018, nearly 18 veterans died by suicide each day, according to the U.S. Department of Veterans Affairs.

Mordente and others are offering support to Iraq or Afghanistan veterans. Even a simple phone call can help former soldiers process their emotions, he said.

American troops are set to leave the war-torn country by Tuesday. With the Taliban taking control of the country so quickly, troops are feeling disappointed like the mission was a hopeless effort, Cabrera said.

“They went there to do their jobs. A lot of them participating in the building of the country. … And now it seems to be destroyed and lost,” Cabrera said. “Like it was worthless.”

But Cabrera, Blumenthal and Mordente wanted to assure troops and veterans their work wasn’t for nothing.

“Even though things are messy right now and difficult, they served their country and they served the folks of Afghanistan well,” Cabrera said. “And their efforts were not in vain.”

As of Saturday, 117,000 people have evacuated from Afghanistan, 5,400 of those being American citizens, according to Taylor.

Blumenthal said about 350 American citizens are left in the country and thousands of Afghan allies, including interpreters, guards, drivers and intelligence contractors who “put their lives on the line for us.”

Blumenthal said he and other members of Congress met with the administration in April and May “pleading” to start a mass evacuation effort.

“I hope that our military will remain as long as possible to enable as many as possible Afghan allies to escape torture and murder that the Taliban may impose on them or their families,” Blumenthal said Saturday.

Blumenthal, who was in the Marine Corps Reserve, has two sons who served in the military. Matthew Blumenthal, a state representative for Stamford and Darien, served in Afghanistan as a Marine combat infantry officer and managed to help an interpreter escape the country before the turmoil. Michael Blumenthal served as a Navy SEAL.

Veterans in crisis or those concerned about a veteran can call the Veterans Crisis Line at 800-273-8255, text 838255 or chat online at www.VeteransCrisisLine.net. Other resources for veterans can be found by going to the Connecticut Veterans Affairs Facebook page.

MARQUETTE — There’s never a bad time to think about your mental health: Where it stands, how you can improve it, and where to go for help if you need … END_OF_DOCUMENT_TOKEN_TO_BE_REPLACED