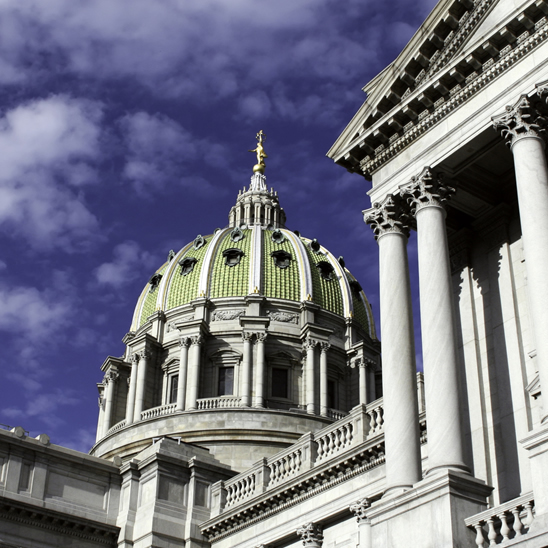 Q: Did Pennsylvania lawmakers vote to “fine” women who miscarry?

A: No. But a bill proposes to mandate that health care providers bury or cremate fetal remains, regardless of when or how the pregnancy ends. Experts say such requirements could translate to additional costs for women or their insurers.

Is this a true statement?

Legislation in Pennsylvania recently advanced by Republican state lawmakers on a committee would require that miscarriages or abortions handled at health care facilities be treated as fetal deaths and be followed by a burial or cremation — regardless of how long the pregnancy lasted.

The matter is likely moot: Democratic Gov. Tom Wolf said in a statement the same day that he “will veto any anti-choice legislation that lands on my desk.”

But viral social media posts criticizing the bill, HB 118, have prompted some readers to ask whether lawmakers voted to “fine” women who experience a miscarriage.

One reader asked us about a May 25 tweet by a U.S. Senate candidate in Pennsylvania, Democrat Val Arkoosh, that reads: “Members of the PA legislature today voted to fine women who miscarry and force them to fill out this form. This is traumatizing for women experiencing incredible loss. Unbelievable.” The tweet included a copy of the state’s application for a “Fetal Death Certificate” and was shared more than 9,000 times.

A similar message was shared the next day in a Facebook post that has amassed more than 48,000 shares.

It reads: “The Pennsylvania state legislature today voted to advance a bill by Republican state legislator, Frank Ryan, that would essentially fine women who miscarry, force them to apply for a ‘Fetal Death Certificate’ (and pay a filing fee), and then require a formal burial or cremation of the remains (which the woman would also have to pay for) — no matter where in the pregnancy the miscarriage occurs.”

The bill in question does not technically “fine” women for miscarrying. The new requirements — and fines for failing to comply — would be tied to health care facilities, such as clinics or hospitals.

That said, experts say the costs of those requirements, if enacted, would likely trickle down to patients who miscarry or have an abortion, or their insurers.

Some background: The bill is similar to laws enacted in some other states. A group called Americans United for Life provides states with model legislation for the “Unborn Infants Dignity Act.” In Indiana, such a law was enacted under then-Gov. Mike Pence in 2016 and survived a challenge before the U.S. Supreme Court in 2019.

Pennsylvania’s version was initially passed by the state House of Representatives in 2019 — then known as HB 1890 — but stalled in the state Senate. Reintroduced as HB 118 this year, it passed the House Health Committee on May 25 along party lines and will now advance to the full House for consideration.

The bill’s sponsor, Republican Rep. Frank Ryan, argues the bill would provide parents “the right to claim their child’s remains for proper cremation or burial at their own expense.”

The bill does indeed codify that option — but it also stipulates that health care facilities must “[c]remate or inter the fetal remains” if the parents do not choose to carry out their own burial.

The American Civil Liberties Union of Pennsylvania, which opposes the legislation, counters that nothing in existing state law prohibits parents from choosing an optional burial. The group also argues that the bill’s definition of “fetal remains” would result in all medical tissue, from the moment of conception, to be treated as a fetus — and that it adds more of a burden to clinics and women seeking abortions.

The term fetus is defined in the medical community as the stage beginning at the end of the 10th week following the woman’s last menstrual period. Before that, it’s an embryo.

Pennsylvania law currently defines a “fetal death” as “the expulsion or extraction from its mother of a product of conception after sixteen (16) weeks gestation, which shows no evidence of life after such expulsion or extraction.” The vast majority of abortions in Pennsylvania take place before that 16-week mark, according to state data from 2019, and more than half before eight weeks of gestation.

Assessing Costs of the Bill

It’s worth noting that the proposal does not address miscarriages that occur at home.

Tanya Marsh, a law professor at Wake Forest University who specializes in the law surrounding human remains, told us in an email that the bill would therefore “only apply to fetal deaths where a health care facility is involved.”

Therefore, Marsh said, the bill would trigger the requirement for a fetal death certificate.

In a June 3 radio segment, Ryan — the sponsor of the bill — claimed “it does not require a death certificate” and that “my bill doesn’t change anything in that requirement relative to the fetal death certificate. In fact, we’re going to do an amendment on the bill that says no death certificate is required.”

A representative for Ryan, Donna Pinkham, told us in an email that Ryan would amend the bill in coming days to clarify the certificate issue.

A fetal death certificate in Pennsylvania costs $20 and is paid for when applying for the certificate. It is to be completed by “the person in charge of interment or of removal of the dead body or fetal remains from the registration district,” though “[p]ersonal information concerning the deceased or the fetal death shall be supplied by the person best acquainted with the facts.”

Under the legislation, the “additional documentation requirements (i.e. death certificate and transit permit) plus the requirement that fetal remains must be buried or cremated, will be more expensive than current practices,” Marsh said. It is “accurate to say that the bill does not require parents to pay those costs unless they choose to take possession of the remains themselves, but it is probably reasonable to assume that the increased costs will be passed on to the patient (unless insurance picks it up).”

Alina Salganicoff, a senior vice president and director of Women’s Health Policy at the Kaiser Family Foundation, told us in a phone interview that any additional activities that require more staffing, patient time or documentation “will increase the cost and those costs are typically borne by either the patient or the payer,” meaning the insurer.

Such legislation would “inflate the cost of abortion — and those costs are typically borne by people who have abortions and who pay out of pocket,” she said.

It’s hard to know exactly how much costs would be affected by introducing such requirements in Pennsylvania. Costs are affected by a variety of factors, such as the specific business handling the burial or cremation.

In Indiana, Planned Parenthood officials estimated in 2019 that the requirements — including hiring a funeral home or cremation service — could add hundreds of dollars to the expenses, the Associated Press reported. Though Planned Parenthood said it would seek to absorb the costs or fundraise to avoid charging patients more.

We reached out to the Planned Parenthood that represents Indiana to ask if it could provide estimates for any changes in costs as a result of that state’s law, as a reference point, but didn’t hear back.

Editor’s Note: Please consider a donation to FactCheck.org. We do not accept advertising. We rely on grants and individual donations from people like you. Credit card donations may be made through our “Donate” page. If you prefer to give by check, send to: FactCheck.org, Annenberg Public Policy Center, 202 S. 36th St., Philadelphia, PA 19104.

MARQUETTE — There’s never a bad time to think about your mental health: Where it stands, how you can improve it, and where to go for help if you need … END_OF_DOCUMENT_TOKEN_TO_BE_REPLACED