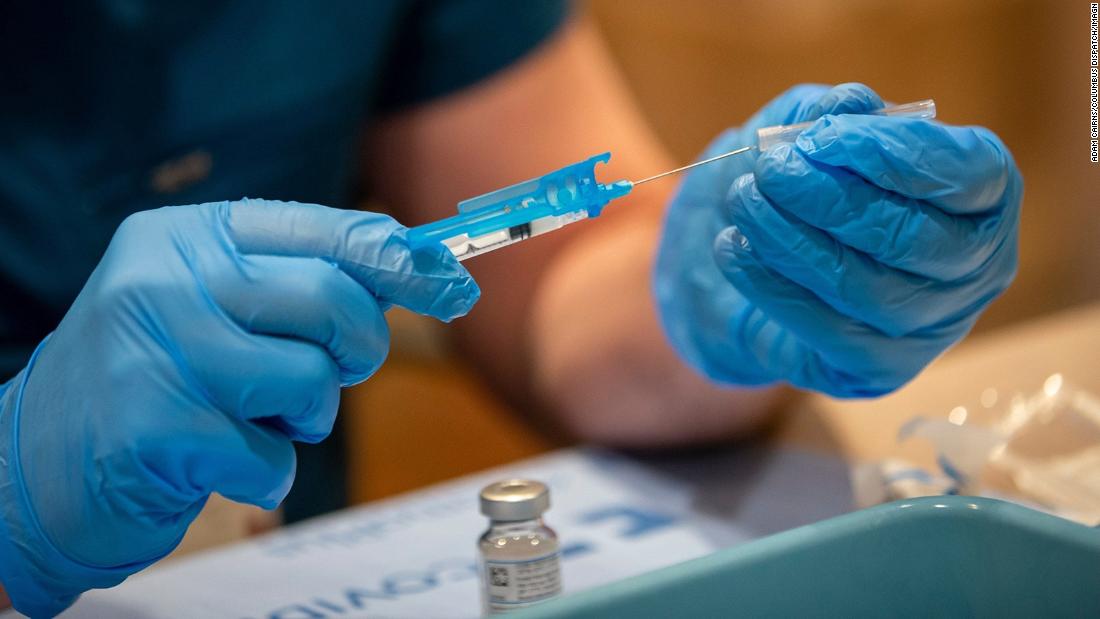 The Delta variant now accounts for about 1 in every 5 new coronavirus infections in the US, the CDC has said. And with more than half of the population still not fully vaccinated, according to the CDC, health experts and officials worry that regions with low amounts of virus protection could see surges in the fall and winter.

Former FDA commissioner Scott Gottlieb told CBS that in terms of Delta spread, the US is about a month or two behind the UK — a country that has been dealing with high numbers of cases despite relatively high vaccination rates. For those such countries, the World Health Organization advised last week that even the fully vaccinated should continue to wear masks.

Already in Los Angeles County, the pace of this variant’s spread has motivated officials to reinstate mask guidance for public indoor spaces, regardless of vaccination status.

Calling it a “precautionary measure,” the Los Angeles County Department of Public Health issued the voluntary mask guidance Monday, saying it was necessary until health officials can “better understand how and to who the Delta variant is spreading.”

Experts have said that evidence points to vaccines like those from Moderna and Pfizer/BioNTech providing high amounts of protection against the variant, but L.A. Public Director Barbara Ferrer said it is not clear what the future of the variant will be as it becomes more prevalent.

But not all local leaders are reinstating preventative guidance at this time.

New Jersey Governor Phil Murphy announced Monday that masks will not be mandatory in the state’s school buildings.

With more than two months until schools open, Murphy noted these rules could change depending on how the virus spreads and what the CDC decides.

“This is our best sense of what back to school looks like. It’s far more than an educated guess,” Murphy said.

For parents worrying over the possibility of regional variant surges in the fall, the time to vaccinate children for school is now.

Many large school systems — including Atlanta; Fort Myers, Florida; Flagstaff, Arizona; and the entire state of Hawaii — start school in the first two weeks of August.

It takes five weeks to be fully vaccinated with Pfizer’s vaccine, the only one authorized for adolescents ages 12 to 17. That means, for example, Atlanta students need to get their first shot by July 1 to be fully immunized by the first day of school on August 5.

Pfizer’s vaccine is given in two doses spaced three weeks apart. After the second dose, it takes two weeks for someone to be considered fully vaccinated, according to the CDC.

Another question experts have been searching to answer as variants spread: How long does the protection from vaccines last?

A new study suggests that, unlike vaccines for the flu that need a yearly booster, the two-dose Pfizer/BioNTech vaccine should keep an immune response up for years.

The human body produces immune system components called antibodies to attack and neutralize an invader such as a virus. But these die off over time. To make sure of a long-term response, the body needs to keep the capacity to make more antibodies that can specifically respond to certain viruses or bacteria as needed. It does this with B-cells.

Researchers at Washington University in St. Louis found people who got both doses of the Pfizer/BioNTech vaccine had little factories called germinal centers that make B-cells that should specifically recognize the coronavirus, meaning there’s a possibility for long-lasting protection, according to a study published in the journal Nature.

The CDC’s vaccine advisory committee has had discussions on potential booster shots as experts have been preparing for the possibility that immunity would wane quickly or that variants would elude the protection of current vaccines.

With officials still struggling to motivate the hesitant population to get vaccinated so the US can cross the threshold needed to control community spread, concerns have grown that mobilizing boosters would add yet another challenge.

And for those wanting the protection but fearing potential negative side effects, Dr. Anthony Fauci, director of the National Institute of Allergy and Infectious Diseases, said Monday there is no evidence that Covid-19 vaccines affect fertility and the benefits of pregnant women getting vaccinated outweigh the risks.

Fauci noted that “tens and tens and tens of thousands of people” have received the vaccine while pregnant and before getting pregnant.

It’s clear that Covid-19 can be especially dangerous during pregnancy, he said at an online event hosted by the Health and Human Services Department.

“The mother can have an adverse pregnancy event, as can the fetus,” he said. “The best thing one can do to protect yourself is to actually get vaccinated.”

MARQUETTE — There’s never a bad time to think about your mental health: Where it stands, how you can improve it, and where to go for help if you need … END_OF_DOCUMENT_TOKEN_TO_BE_REPLACED