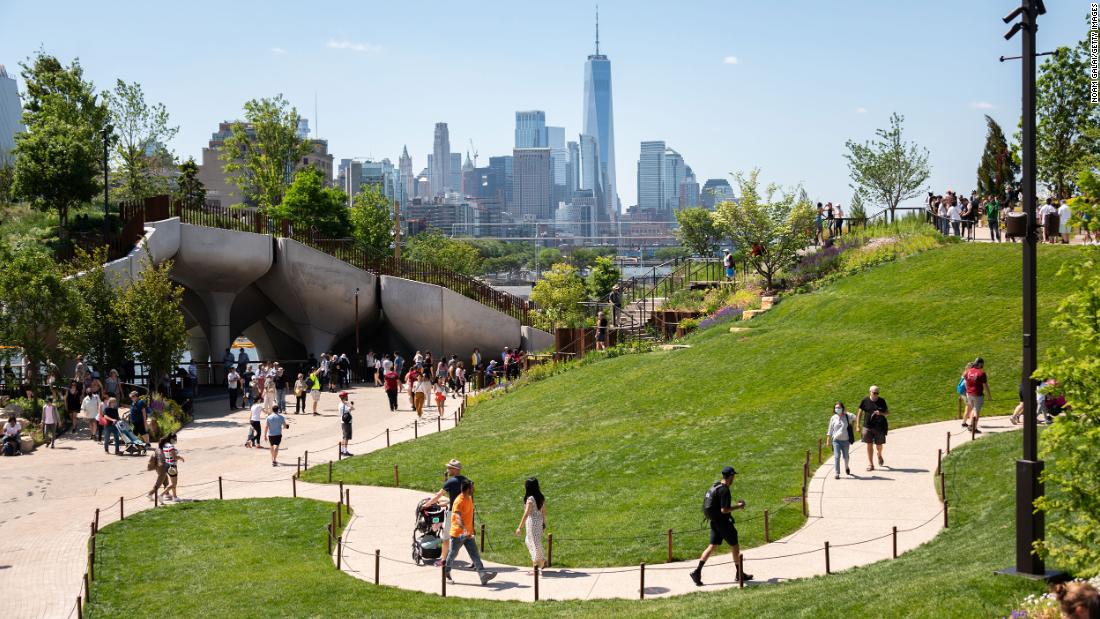 The daily average of new cases dropped to about 17,248 as of Monday, according to data from Johns Hopkins University. However, that number might be lower than reality, as some cases from the weekend and the Memorial Day holiday might not have been reported yet. That was the first of several crushing surges. More than 33 million Americans have been infected with coronavirus, according to Johns Hopkins University, and more than 594,000 have died — both numbers likely undercounts of the pandemic’s true toll. But now, the US is heading in the right direction, thanks to a powerful ally in the battle against the pandemic: Covid-19 vaccines.

“Cases, hospitalizations and deaths are all declining because of the millions of people who have stepped forward and done their part to protect their health and the health of their communities to move us out of this pandemic,” US Centers for Disease Control and Prevention Director Dr. Rochelle Walensky said in a recent White House briefing.

More than 50% of the US population has received at least one Covid-19 vaccine dose, CDC data shows, and more than 40% of the country is fully vaccinated.Governors nationwide have eased Covid-19 restrictions, and nearly every state that had a mask mandate has now lifted it. But the pandemic certainly isn’t over. More Americans need to get vaccinated to reach herd immunity (and keep it)

The US can push its Covid-19 numbers lower and help prevent Covid-19 outbreaks if more Americans are inoculated.

But vaccination rates across the country are uneven. Some communities lag far behind others, in some cases because of ongoing hesitancy, while in others because of challenges with access. And vaccines are only available to those 12 and older.

“We all have more work to do,” White House Covid-19 Response Team senior adviser Dr. Marcella Nunez-Smith said recently. “We have to continue to ensure everyone who is a ‘yes’ does not face barriers to vaccination.”

While new Covid-19 cases keep dropping as more Americans get vaccinated, Moderna said Tuesday it’s seeking full approval for its vaccine from the US Food and Drug Administration.

Since December, Moderna’s two-shot vaccine has been distributed under an FDA emergency use authorization for Americans ages 18 and up.

On April 13, the company announced its vaccine maintained over 90% efficacy six months out — the length of follow-up time needed to apply for FDA approval.

Moderna is the second company to seek such approval in the US. On May 7, Pfizer announced it was starting its own application for people ages 16 and up, following an April 1 announcement that its clinical trials showed over 91% efficacy after six months.

Experts say they expect vaccine protection will last much longer than six months, to be confirmed as more data come in.

Moderna said it will keep submitting trial data “on a rolling basis over the coming weeks with a request for a Priority Review.” A priority review asks the FDA to take action within six months, compared to the 10 months designated under standard review.

Both Pfizer and Moderna are also studying their vaccines in children as young as 6 months. Last month, the FDA granted Pfizer’s vaccine an emergency use authorization for children 12 to 15.

Full FDA approval could motivate some vaccine-hesitant Americans to roll up their sleeves, according to research released Friday by the Kaiser Family Foundation.

But in practical terms for the public, there’s not a big difference between emergency use authorization and full FDA approval, said Dr. Paul Offit, a member of the FDA’s Vaccines and Related Biological Products Advisory Committee.

“Frankly, the only real difference was in length of follow-up” for efficacy, Offit said.

Both the Moderna and Pfizer vaccines have shown to be extremely safe in both clinical trials and in the real world, he said. Throughout the history of vaccines, he said, any serious side effects have happened within two months after inoculation.

“The effectiveness and efficacy data in the Phase 3 trials and now in the real world … is excellent,” Offit said.

For the first time in more than a year, millions of vaccinated Americans safely enjoyed close holiday gatherings without masks on Memorial Day.

But the majority of Americans still aren’t fully vaccinated — threatening the possibility of yet another post-holiday Covid-19 spike. Last year’s Memorial Day parties included throngs of unvaccinated revelers crammed around each other. The following month, at least 16 states paused or rolled back their reopening plans to combat surges.

Health experts hope vaccinations will blunt a post-holiday spike this year. But vaccines only work if people take them.

“The bad news is if you are not vaccinated, you are still at risk, and your risk is about as high as it was before.”

The danger is far from passed

Any country that thinks the pandemic is over is wrong, said World Health Organization Director-General Tedros Adhanom Ghebreyesus.

“We’re very encouraged that cases and deaths are continuing to decline globally, but it would be a monumental error for any country to think the danger has passed,” he said.

“One day — hopefully soon — the pandemic will be behind us. But the psychological scars will remain for those who have lost loved ones, health workers who have been stretched beyond breaking point. and the millions of people of all ages confronted with months of loneliness and isolation.”

While many vacationers enjoyed Miami Beach over the weekend, the mayor worried that “too many people are coming” to the scenic city.

“The virus is still here,” Mayor Dan Gelber said. “The volume of people that have been coming here is very unprecedented.”

When it comes to the family doctors and non-drug care vs. prescriptions, ‘I’ll take my half down the middle …The Lagom Way!’No one could have ever … END_OF_DOCUMENT_TOKEN_TO_BE_REPLACED 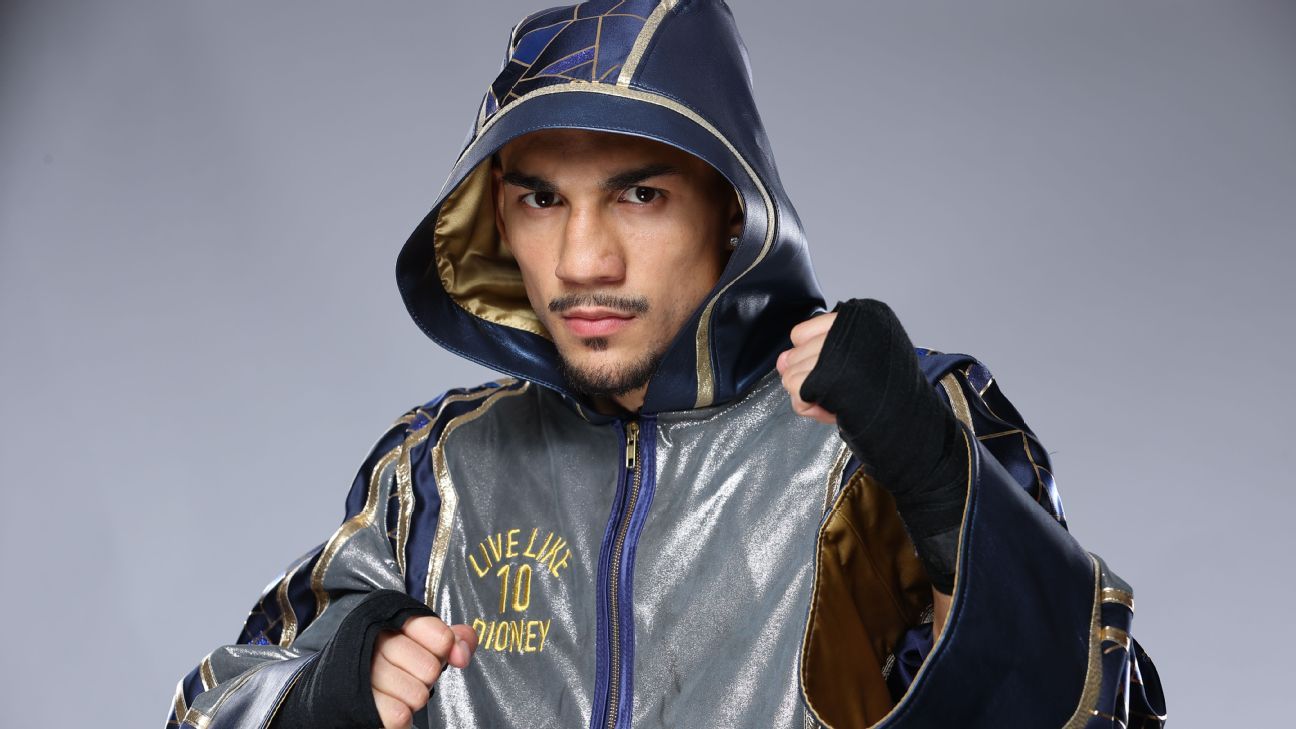 MIAMI -- Teofimo Lopez has tested positive for COVID-19 and he's symptomatic. His Saturday bout vs. George Kambosos that was scheduled to be in Miami … END_OF_DOCUMENT_TOKEN_TO_BE_REPLACED