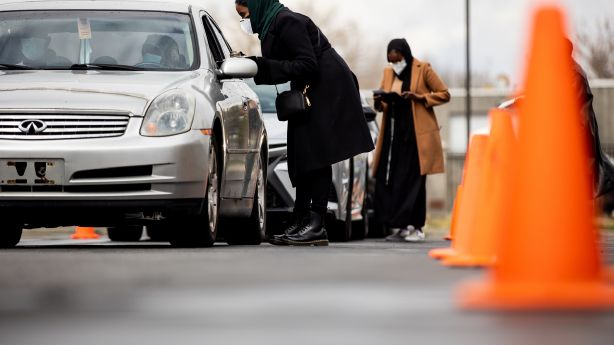 SALT LAKE CITY — Utah’s hospitalized COVID-19 patients jumped to its highest number in months Tuesday as the state continues to experience a small surge in cases of the disease.

There are 225 COVID-19 patients currently hospitalized in Utah, including 79 in intensive care units, according to the Utah Department of Health.

Utah’s number of COVID-19 cases increased by 361 on Tuesday, with three more deaths and 4,519 vaccinations reported.

The spike in hospitalizations comes as Utah has seen an increase in COVID-19 cases, mostly among unvaccinated people.

Though the majority of recent new cases have been among people who have not received the vaccine, there are still a handful of “breakthrough” cases that have been diagnosed in fully vaccinated Utahns.

The seven-day COVID-19 case rate for unvaccinated Utahns is reported at 125.8 per 100,000 people Tuesday, according to the health department. That rate is 15.7 for fully vaccinated people, and the rate for all Utahns is 79.5, according to state data.

From June 20-26, the most recent seven-day period for which data on Utah breakthrough cases is available, state data shows a total of 2,338 COVID-19 cases. Of those, 245, or just over 10%, were breakthrough cases, according to the health department.

The deaths reported Tuesday include two men who were between the ages of 45 and 64, one from Salt Lake County and one from Davis County, as well as a woman from Box Elder County who was between 25 and 44. All three were hospitalized when they died, the health department said.

Tuesday’s totals give Utah 414,565 total confirmed cases, with 17,481 total hospitalizations and 2,368 total deaths from the disease.

MARQUETTE — There’s never a bad time to think about your mental health: Where it stands, how you can improve it, and where to go for help if you need … END_OF_DOCUMENT_TOKEN_TO_BE_REPLACED