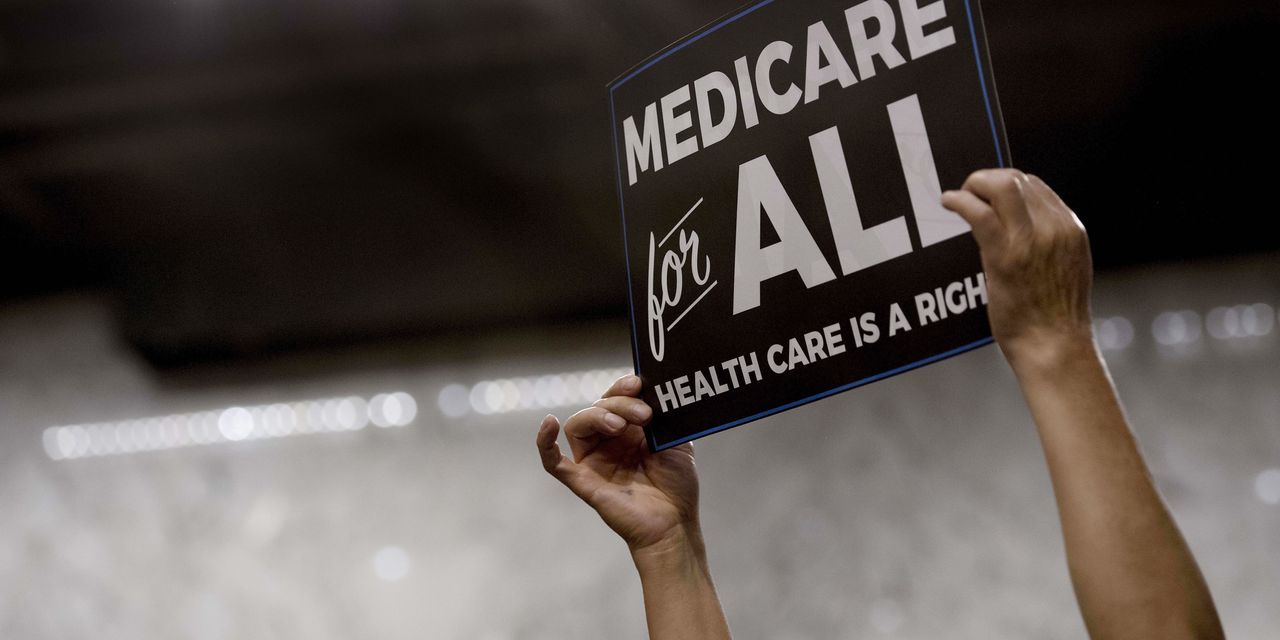 Just over half of American adults (53%) support expanding Medicare benefits to include hearing, dental, and vision care, according to a new NerdWallet survey. And 54% support the government working to negotiate lower prices for prescription drugs covered by Medicare plans.

The survey, commissioned by NerdWallet and conducted online by The Harris Poll, asked more than 2,000 adults in the United States what potential changes Medicare supports.

The idea of ​​negotiating lower prices for prescription drugs covered by Medicare garnered the most support from the options presented, and probably among the Medicare proposals presented to Congress, they probably have the best chances of approval.

“There is a bipartisan interest in doing something about the cost of prescriptions for people receiving Medicare,” says Tricia Neuman, executive director of the Kaiser Family Foundation’s Medicare Policy Program. “There are different points of view on how best to do this. But this is an area where it seems possible to envisage a bipartisan agreement on solutions that would greatly help people with high spending on medicines. “

After drug costs, interest in expanding Medicare coverage to include hearing, dental, and visual care was second among the survey options (53%) and 71% of Americans aged 55 and over claim to support this change. This is likely because Medicare does not currently cover any of these services.

“Almost everyone I talk to wants dental and what I call‘ eyeglass coverage, ’” says Katy Votava, president and founder of Goodcare, a consultancy focused on the Medicare economy.

Soft support for “Medicare for All”

Only about a third of Americans (35%) support the creation of a national Medicare for All health insurance system. Americans aged 35 to 44 are the most sympathetic to this proposal, with 51% saying they support it.

Support for such proposals is uncertain. In the most recent KFF health monitoring survey that asked the question, 71% of respondents said they approved a government-administered health plan. But a September 2020 Pew Research Center survey found that when asked how the government should provide health insurance coverage, only 36% of respondents were in favor of a single national government program. .

Lower interest could be due to confusion about what a Medicare for All program can provide. Not surprisingly, there have been several different proposals in Congress.

“A lot of people don’t understand exactly what Medicare for All would be like,” says Carolyn McClanahan, MD, a certified financial planner and founder of Life Planning Partners in Jacksonville, Florida. “Some people have in mind that it would be a takeover of medicine by the government.”

Reducing the age of Medicare into consideration

In addition to the bills proposed by various Medicare for All plans, more than 200 Medicare-related bills have been filed in Congress since January. Among them is the reinstated Medicare at 50 law, which was first introduced in 2019 and would allow people ages 50 to 64 to buy the Medicare program. In the NerdWallet survey, only 31% of Americans support this potential change. Interestingly, all age groups under the age of 65 are more likely to support this change than people aged 65 or over (34% aged 18 to 64 compared to 20% aged 65 or older) .

“A lot of people are happy with their own health insurance,” Votava says. “So you have a part of these people who are pretty happy with what they have and are afraid to change.”

See also: Age for colonoscopy drops to 45 amid increase in colon cancer cases in younger adults

It could also be that younger adults have had mixed experiences with Medicare as their parents have joined. “If they have a person for whom they have been caregivers, it has usually been a nuisance or at least a learning curve,” Votava says.

In April, 17 senators sent a letter to President Joe Biden urging him to expand Medicare benefits to include hearing, dental and vision care, enact a cap on spending according to original Medicare, and negotiate lower drug prices as part of its American Family Plan proposal. And more than 80 House Democrats sent a letter a day later to make the same points.

Do not miss: My parents are not ready for retirement. How can I help them?

Despite the push and despite the campaign talk of lowering the Medicare eligibility age to 60 and creating a public health insurance option, the latest version of your Biden spending plan does not include any of the extensions. suggested to Medicare.

“There’s a large segment of Democratic members of Congress who are interested in building Medicare to improve the coverage and affordability of people in that age group,” Neuman says. “These ideas are popular because they are based on a very popular program. But its popularity among the public does not necessarily translate into good prospects for the enactment of Congress.

This survey was conducted online in the United States by The Harris Poll on behalf of NerdWallet from May 4 to 6, 2021, among 2,035 American adults over the age of 18. This online survey is not based on a probability sample and therefore an estimate of the theoretical sampling error cannot be calculated. For a complete survey methodology, including weighting variables and subgroup sample sizes, contact Brittany Benson at bbenson@nerdwallet.com.

MARQUETTE — There’s never a bad time to think about your mental health: Where it stands, how you can improve it, and where to go for help if you need … END_OF_DOCUMENT_TOKEN_TO_BE_REPLACED