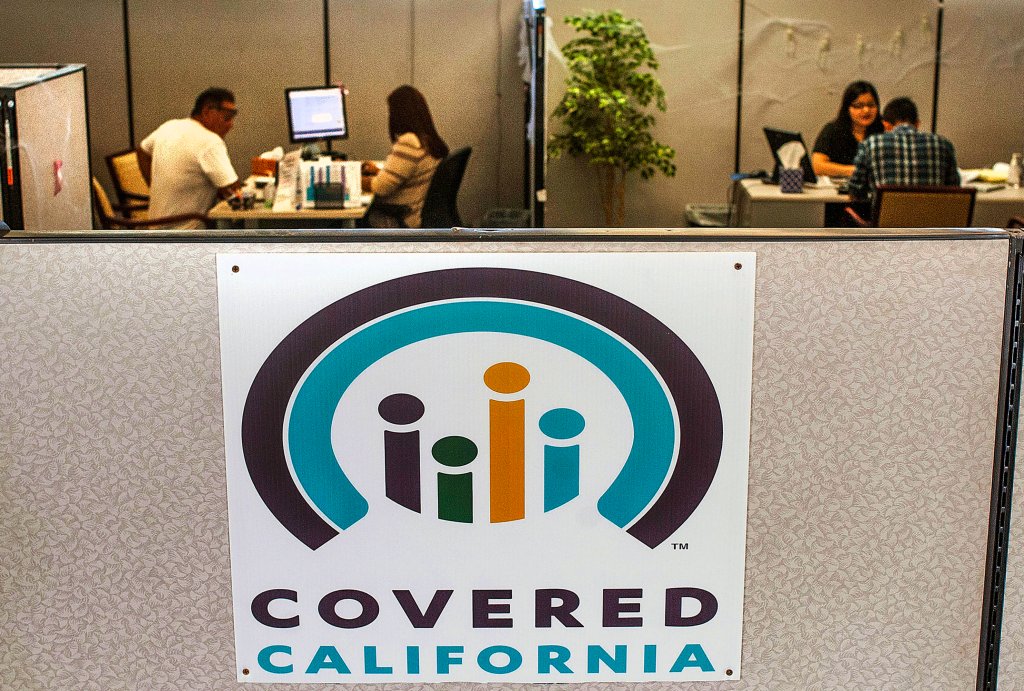 Political campaigns are essentially small businesses. And, just like small business owners, politicians have to navigate the complex question of whether, and how, they can help their workers get health insurance.

Others provide a stipend that workers can use to buy policies through one of 11 insurers on the state exchange. Then there’s a small percentage — all Democrats — who directly subsidize healthcare plans for campaign staff.

Since most politicians have far fewer than 50 campaign employees, they aren’t legally required to offer healthcare coverage even if they can afford to do so. But offering that benefit can help them attract the best talent, which in turn can make or break their political careers. Plus, for lawmakers who campaign on pledges of increasing healthcare access, offering coverage to their employees can signal that they’re putting their donations where their mouths are.

Putting his policy beliefs into practice is a key reason why CA-41 Rep. Mark Takano, D-Riverside, is one of just five House members or candidates in California — and 40 across the nation — who used campaign contributions to directly pay health insurance costs for his campaign staff in the first quarter of the year, according to his staffer Rafael Elizalde.

“Our office has proudly provided coverage since 2012, when the Congressman first ran for office,” Elizalde said.

Campaign finance records show Takano paid an average of about $450 a month for one full-time campaign worker to have coverage through Kaiser Permanente from January through March.

But just because politicians didn’t record any expenses for staff health insurance doesn’t mean they aren’t offering coverage. Some local Congress members, such as CA-38 Rep. Linda Sanchez, D-Whittier, haven’t faced a competitive election in years. So while Sanchez offers insurance for full-time campaign staff, she’s only needed a couple part-time campaign workers in recent years and they already had healthcare plans through other work.

Then there are politicians who aren’t directly paying for healthcare but still are covering insurance costs through stipends. Many say that option works best because it’s not always possible to negotiate group plans when you only have a couple workers who may stay on for short stints each cycle.

“It seems to be a pretty good deal for the workers,” Melnick said. They get funds to buy coverage whether they need it or not, he noted. Plus, they have more options in providers.

“As an economist who likes market choice, I like consumers to have as big a role as we can give them,” Melnick said.

Rep. Katie Porter, D-Irvine, CA-45, recently drew attention for this approach after a Fox News story ran a headline that stated she doesn’t offer health insurance for staffers, painting her as a hypocrite since she’s a supporter of universal healthcare. But in the fourth paragraph of the story Fox acknowledges that Porter does give campaign staffers a stipend that fully covers their healthcare costs.

Porter, one of the top fundraisers in the House, offered to pay directly for coverage for campaign staff during the 2018 election cycle. But many staffers, who are often young, opted to stay on their parents’ health insurance as allowed until they are 26, according to her communications director Jordan Wong. Others told Porter they wanted to use different providers rather then being limited to whatever company was chosen for the group health plan.

So, for the 2020 election cycle, Porter added a $350 stipend onto monthly checks. That’s just above the average cost for a young individual to buy basic coverage through Covered California, an online exchange created in the wake of the Affordable Care Act. Three campaign staffers now get that stipend, as does one contract employee who didn’t have other means of getting health insurance.

“We’ve consistently communicated to new hires that they should inform the campaign if the best plan for them costs more than the stipend,” Wong said. “To date, we have not heard of that being the case for any staffer.”

That’s the same insurance framework used by Congress members themselves and their non-political staff. They choose plans on the Washington, D.C.-based insurance exchange and the federal government subsidizes about 72% of the cost, which is less than the percentage covered by most U.S. employers.

“The campaign took the same approach to give staff that same flexibility,” Wong said.

“Harley believes that health care is a right, and we must ensure all of our employees are protected and have adequate health coverage,” his campaign said in an emailed statement.

The incumbents Chen and Rouda are hoping to unseat in 2022 — CA-39 Rep. Young Kim, R-Yorba Linda, and CA-48 Rep. Michelle Steel, R-Seal Beach — don’t yet show any funds spent on health insurance for workers in the 2020 or 2022 campaign cycles. Their campaigns didn’t respond to requests about whether they offer stipends to offset insurance costs.

Both Kim and Steel have been critical of the Affordable Care Act, and they oppose a single-payer healthcare system.

Melnick said he doesn’t see a disconnect with a politician offering campaign workers a stipend for healthcare and then supporting or opposing a universal coverage system. Proposed systems backed by Porter and other Democrats and opposed by many Republicans don’t call for requiring business owners to provide healthcare. Instead, they call for a government-run insurance program or option for everyone.

While such systems would limit options for insurance networks, advocates say they would let patients choose healthcare providers, such as doctors and nurse practitioners.

“Until that becomes a reality, the best way to give patients choice is to let them choose the health insurance plan that works best for them,” Wong said.

There are some potential problems with going the stipend route, Melnick pointed out.

One is that if politicians don’t do good accounting work and just lump healthcare stipends in with employee salaries, then the money is taxed as income, rather than taken out before taxes as it is with employer-provided coverage.

Also, Melnick noted, “shopping for insurance is not fun.” He gives his USC students an assignment where they have an hour to shop for insurance through Covered California. Most come back frustrated and unable to complete the assignment in 60 minutes.

Of course, there also are problems with having insurance coverage tied to employment, Melnick said — particularly when it’s a field such as campaign work, where people tend to move frequently. Each time staffers start to work for a new campaign, which can end overnight, they might have to change insurance plans and health providers.

Focused attention on the issue has some politicians reconsidering how they will handle coverage down the road.

“It is something he is looking into for future elections.”

MARQUETTE — There’s never a bad time to think about your mental health: Where it stands, how you can improve it, and where to go for help if you need … END_OF_DOCUMENT_TOKEN_TO_BE_REPLACED