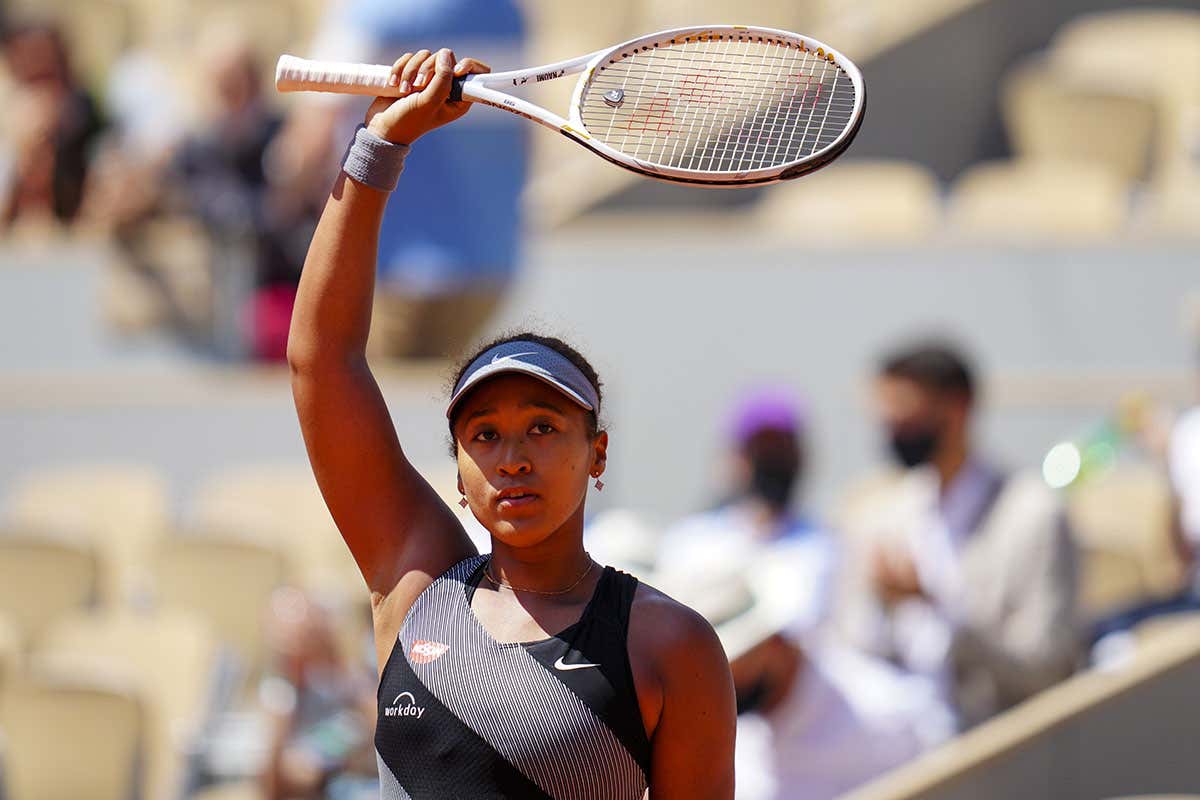 Naomi Osaka at the French Open in Paris

When Meghan Markle said she thought of ending her life during her time living with the royal family in the UK, people online said: No, actually, you didn’t feel like that. When British MP Nadia Whittome said she was taking time off because she had PTSD, again people said no, she’s just stressed, stress is normal. And when tennis player Naomi Osaka said recently she would stop giving press conferences because of the impact they have on her mental health, people decided for themselves what that phrase meant, and concluded she was being unfair, unreasonable and overdramatic.

It is relevant that these three public figures are women of colour, and therefore especially likely to be scrutinised. But it is also indicative of a deeply problematic trend in the way mental health is being discussed in the public domain.

Mental distress is largely invisible. You can’t see symptoms of most mental health conditions, things like depression and social anxiety (both of which Osaka has experienced). And when the person talking about their difficulties is famous or successful, it is easy to be sceptical. It is easy to think: well, they look fine. This disbelief happens when it comes to celebrities but also for regular joes too. For example, undergraduate students today commonly talk about their mental health problems, and I think the suspicion of some academics is obvious. Students can’t all be that unwell, the logic goes, so none of them are.

Part of the problem, ironically, is exactly how much we are talking about this. Spearheaded by charity campaigns like Time To Change, there has been a huge drive to talk more openly about all and any mental health problems. This, paired with vagueness around the right terminology to use, means people are more confused than ever about what mental distress does and doesn’t “count”, and what we should do about it.

But here is the real crux: you have to believe people. You have to take their descriptions of mental distress at face value, just as doctors have to believe the person sat in front of them, otherwise the whole system falls apart. Even those experiencing acute mental health problems – in a bad enough way to end up in emergency rooms – say they aren’t taken seriously.

In spite of the awareness-raising efforts, stigma and mistrust are still key reasons why people don’t seek mental health treatment. But for health systems, and society at large, to work effectively, we need to believe people when they describe how they feel – including the vast number of experiences that we cannot or did not see.

It would help to remember that anyone can develop mental health problems or a mental health condition, even celebrities. This is partly because these symptoms are linked to biological vulnerabilities – anything from inflammation to overactive brain regions – and biology doesn’t care if you are famous. But these vulnerabilities also interact with stress in the outside world, and celebrities experience stress too.

The nature of the stress might be different. Celebrities don’t tend to be in overcrowded housing or worrying about where their next meal is coming from. But loneliness and persecution are well-established triggers for mental distress and illness.

It is not easy to alleviate mental health problems. But since stress clearly exacerbates the issue, reducing stress seems an obvious way to help. If someone like Osaka steps forward, under the glaring lights of the media, saying what they need, people in power should actually do something about it. Mental health awareness is one thing, but what we need now is mental health support. When someone puts up their hand, whoever they are, we have to listen.

Lucy Foulkes is an honorary lecturer at University College London. Her book, Losing Our Minds: What mental illness really is and what it isn’t, is out now.

Need a listening ear? UK Samaritans: 116123 (samaritans.org). Visit bit.ly/SuicideHelplines for hotlines and websites for other countries

More on these topics:

MARQUETTE — There’s never a bad time to think about your mental health: Where it stands, how you can improve it, and where to go for help if you need … END_OF_DOCUMENT_TOKEN_TO_BE_REPLACED