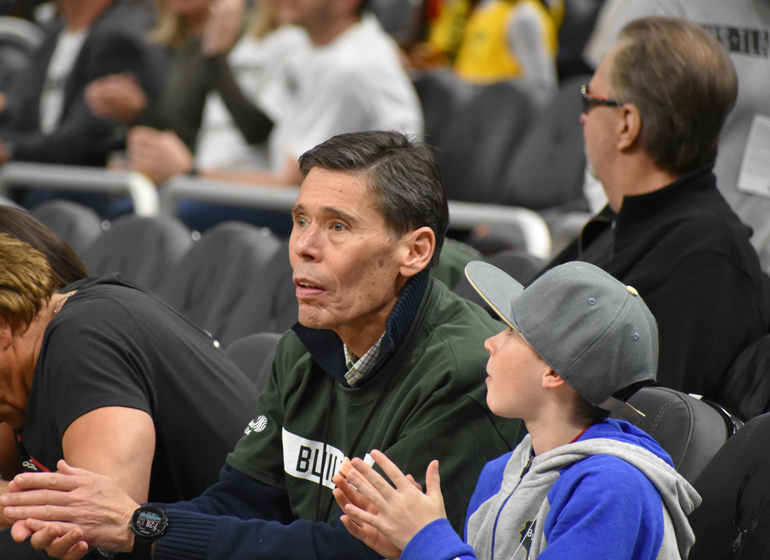 Children’s Wisconsin announced Monday that it had received its largest-ever single gift: a $20 million donation from the Yabuki Family Foundation to fund mental and behavioral health services across its facilities. Jeff Yabuki, who led…

Children’s Wisconsin announced Monday that it had received its largest-ever single gift: a $20 million donation from the Yabuki Family Foundation to fund mental and behavioral health services across its facilities.

Jeff Yabuki, who led Brookfield-based Fiserv as its CEO from 2005 to 2020, spoke with BizTimes associate editor Lauren Anderson following the announcement about his motivation for the donation and how he hopes it will transform mental health care in the state.

BizTimes: What drew you to this initiative in particular?

Yabuki: “It was four years ago this month that my brother (Craig Yabuki) died by suicide. He left behind a wife and three young children and our family and friends and a business he had started. It was a shock and really caused us to think about what can you do? Obviously while he is gone, we think this program at Children’s gives us an opportunity out of the tragedy to do something quite meaningful and, we believe, will change the trajectory of the health of our children in Wisconsin and hopefully across the country.

“For our family, we may not have recognized at the time, because in the ‘60s and ’70s we were not as attuned to the issues at the time as we are now, but (Craig) was struggling, like many children. … The majority of mental and behavioral issues manifest before the age of 14 and then can take 10 or more years until treatment happens. That example is exactly what happened here. There were issues that went untreated and then lo and behold 30 years later or so the issues came back for him and we ended up in the position we were at. By funding this programming, by integrating the mental and behavioral resources right with the pediatrician, which is the place that parents go to for health and for guidance when there are issues, we just think this model is spectacularly valuable. And we think it will change the trajectory of the journey to health and hopefully redefine health, so it’s not just ‘height and weight,’ it’s ‘height, weight, anxiety,’ and the other issues that are cropping up and have cropped up so much through COVID.”

BizTimes: As you noted, the pandemic has exacerbated these challenges. Can you talk more about the timing of this gift?

Yabuki: “Children’s was running a pilot program testing the thesis of a fully integrated model, and we became aware of that, and for the last year or so have been looking for how can we work with the fantastic management and leadership at Children’s to be able to roll this out? As we were in the midst of COVID, where, through family and friends and news articles and everything else, you could see the level of social issues and angst and anxiety that increased through COVID. There is statistic after statistic that the need was exponentially growing. It just really reinforced the time was now to get this done. Unfortunately, I think we’re going to see these COVID issues lag far beyond case counts, because children missed a year of school or more. That kind of socialization is hard to overcome. I just think the need is going to be much, much higher.”

BizTimes: Part of the funds are directed to evaluating the program itself and improving it and making sure it’s really working. Why was monitoring the efficacy of the program important to you?

Yabuki: “At least for me, as part of my business background, understanding the data, monitoring the program, improving the program, making sure we’re achieving our objective, it’s one of the reasons why I’m so excited to partner with Children’s on this mission. I’m able to participate not just in the program now, but moving forward. By endowing this research position, we can be completely confident that the program will continue to grow and develop. We’re also very excited about using this program as a model and exporting that model to similarly situated institutions. Because this is not a Wisconsin issue alone; it’s a national issue. The suicide rate among children is an absolute crisis. By treating the issues where and when they are needed through a well-informed pediatrician, supported by research and data, is the total solution that we believe will make the difference.”

BizTimes: How do you hope your $5 million challenge grant will encourage others to get on board?

Yabuki: “We think this is something that everybody has a story about, either a personal connection or a friendship, family member. You don’t run into really anyone who hasn’t been touched by this. This is just a way to get all-sized donors involved. Whether someone can give a dollar, $100, $1,000, it’s just a way to incentivize people to get on the bandwagon and help us create the healthiest kids in the nation. It’s not a contingent grant, it’s just about creating additional incentive to get involved.”

BizTimes: What does your family foundation look for specifically when it’s looking to make an investment?

Yabuki: “Having grown up fairly poor – neither of my parents graduated high school – and being the first kid to go to college, and really having outsized opportunities compared to what people might have imagined at the time, much of what we’re doing philanthropically is focused on families and education and creating access. … It’s about: What are the things we can do to help people have better lives? To reach for levels that they may not have believed they could achieve? The ability to unlock the potential in human beings is probably the most rewarding thing any of us can ever do.”

BizTimes: Children’s mental health has implications for the Milwaukee-area workforce. What would you say to other business leaders about the importance of this initiative?

Yabuki: “Having had the privilege of running larger businesses, culminating in Fiserv over the last 15 years, the things I know personally and professionally is that when an employee’s family is dealing with issues of health … that creates a situation where people are distracted. So the ability to have a place where people can go and, in this case, with Children’s handling roughly a third of the children – 175,000 children in southeastern Wisconsin – we think this is a place where families can get relief, and they can be comfortable that these issues are going to be addressed.

“So, not only is it invaluable so we can get the next generation and the next generation after that to be healthier — we think that will allow us to achieve the kinds of innovation and success that the country has been founded on. But right now if you can have families confident that they are going to be able to have their children taken care of, they are going to be happier, more productive and drive even more success.”

MARQUETTE — There’s never a bad time to think about your mental health: Where it stands, how you can improve it, and where to go for help if you need … END_OF_DOCUMENT_TOKEN_TO_BE_REPLACED